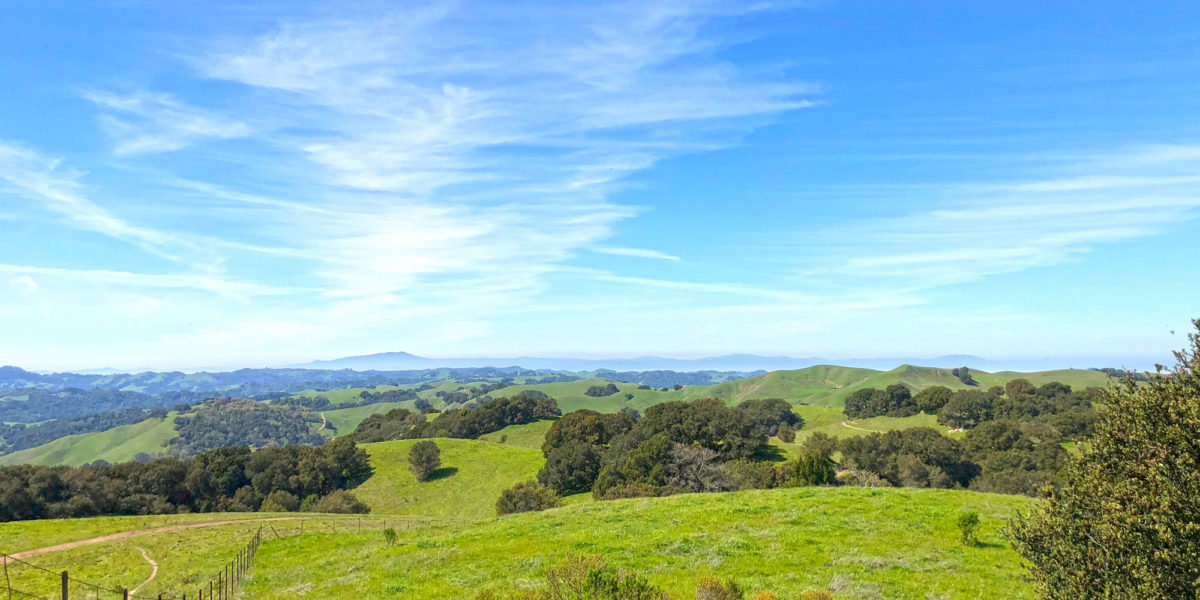 Absolutely beautiful east-bay springtime hike. I wanted a fun hike with my sons and the dogs, and Briones Hills seemed like just the ticket. Not too long, not too short, and with a nice bench at the top! The elevation was a little bit difficult for the boys, but everyone had a great time.

It took me a while to write this one up! It’s been over a month since we did it. But here we go. I wanted a fun hike with my sons and the dogs, and Briones Hills seemed like just the ticket. Not too long, not too short, and with a nice bench at the top! The elevation was a little bit difficult for the boys, but everyone had a great time.

There are lots of ways to do this hike. I decided I’d come in from the east side. It looked like it’d be a nice hike.  We got out of the house a little later than I wanted, but the day was still pretty cool by the time we started hiking a little while before noon.  I didn’t know it ahead of time, but this parking lot doesn’t have a fee. Bonus!  I’m guessing there’s room for about 8-12 cars and there was plenty of parking when I got there.

There’s only one trail to start out at this trailhead, so we took it. Once we were far enough away from the trailhead, I took the dogs off their leashes (it’s allowed at this park).  The trail immediately begins a gentle ascent. 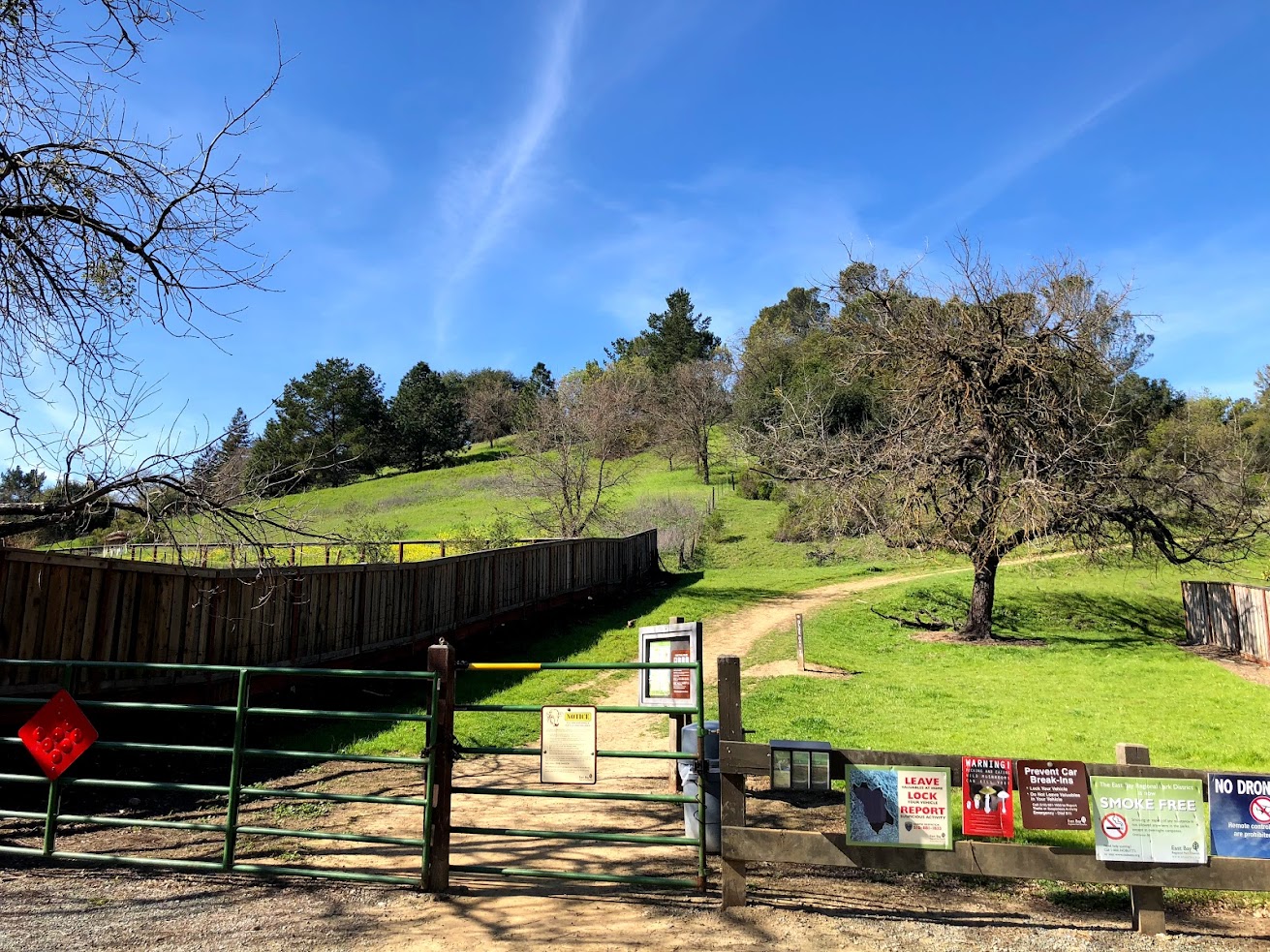 A short way in, there was a small side trail that seemed like it went more directly up the hill than the main trail. It was more shaded, too. We took it. 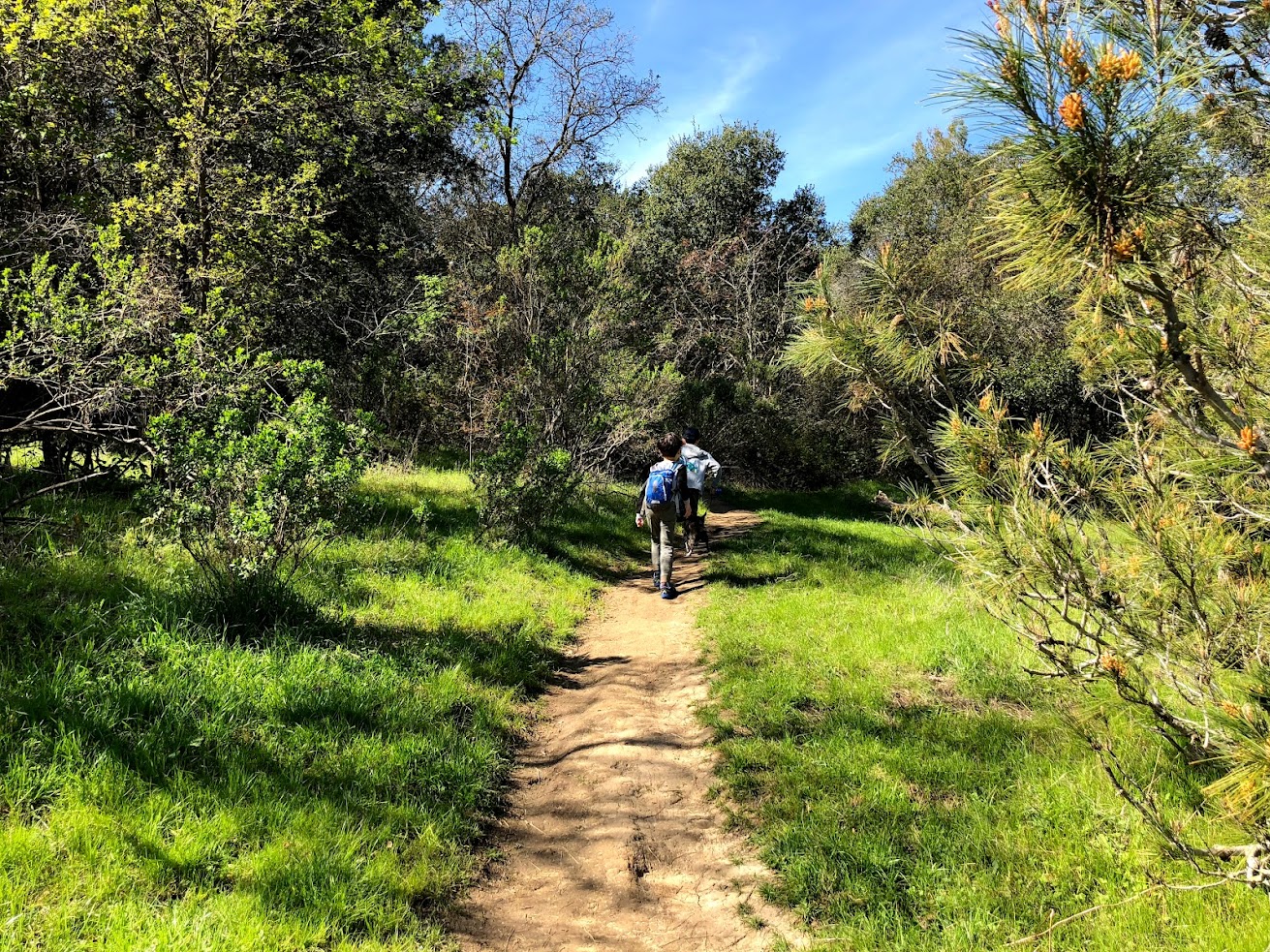 A little while later, we were back out on the main trail and we’d gained enough elevation to get some nice views of the surrounding area. 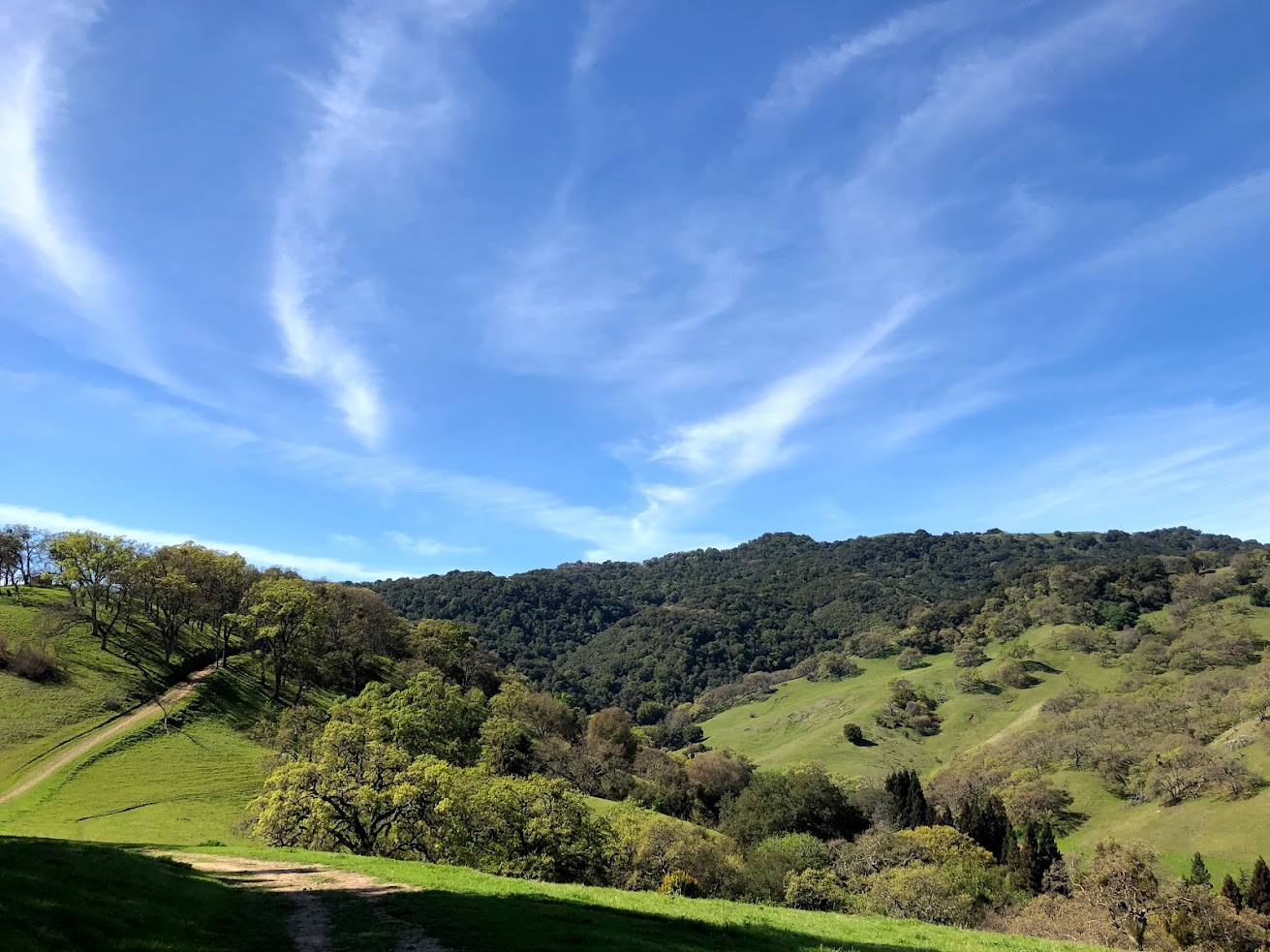 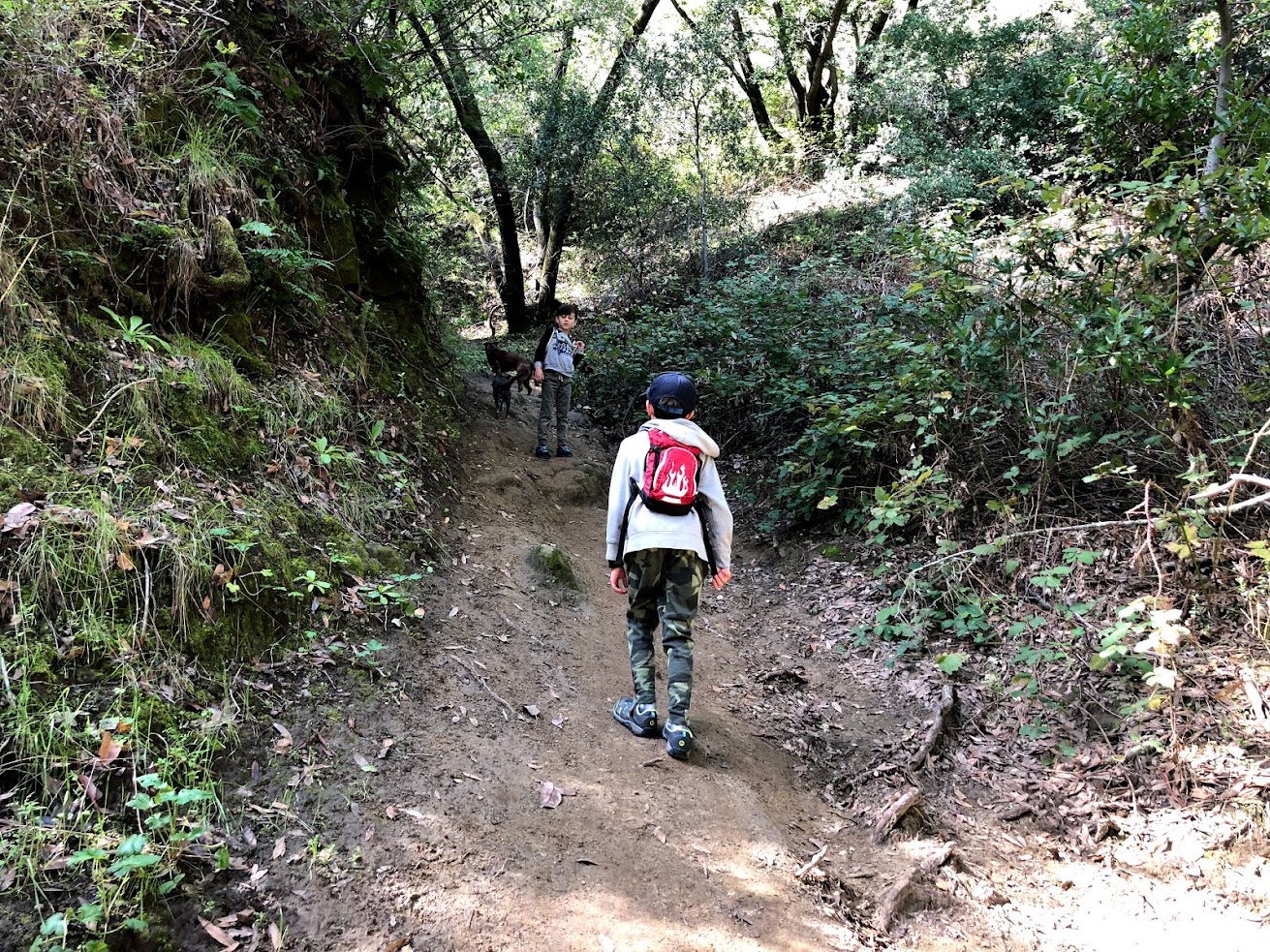 Before long, we were up on the summit ridge, on the Table Top trail. The views really open up here. 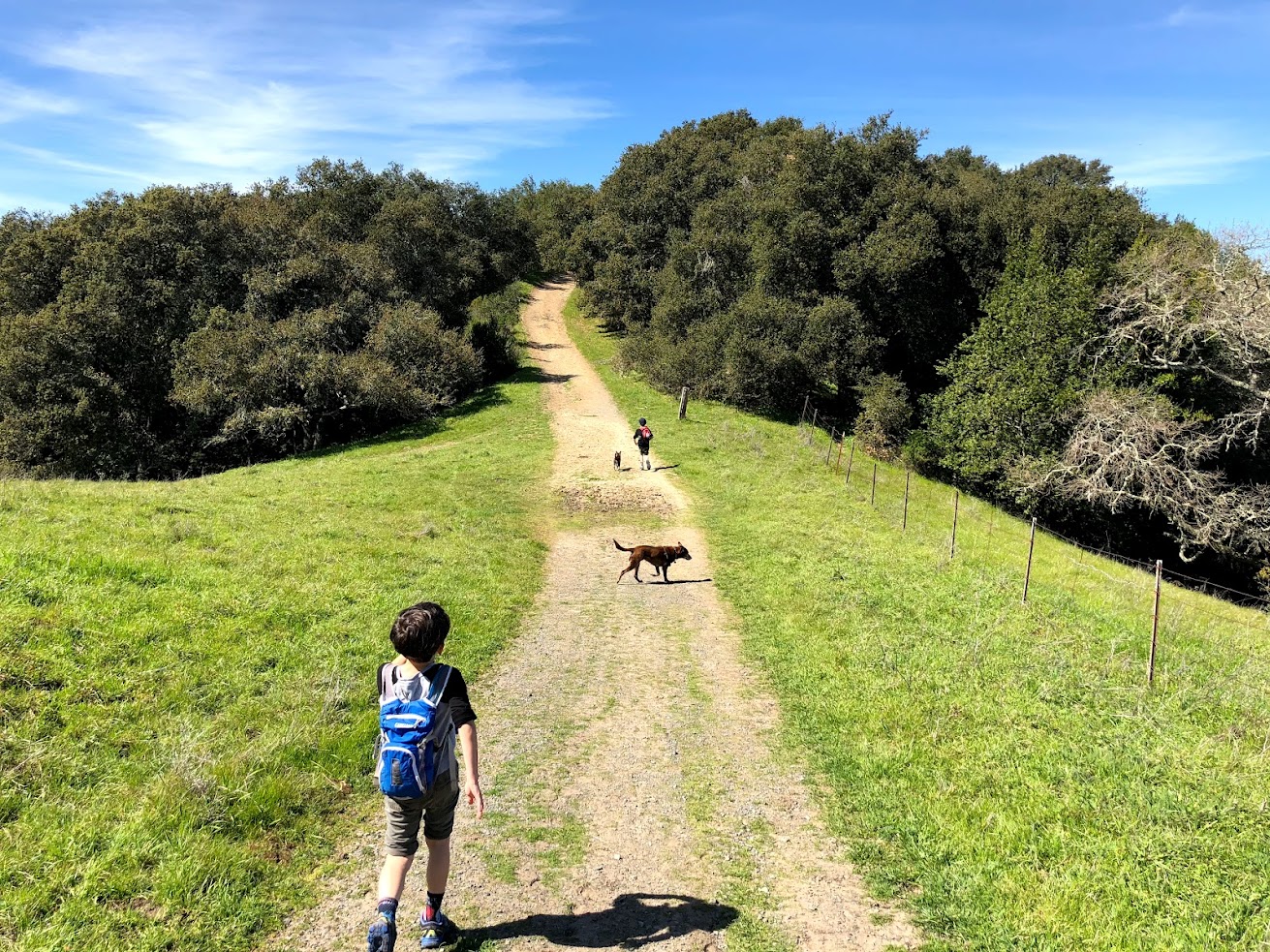 Heading toward the summit

There’s a small side trail to the actual summit, where there’s a wire fence and bench. 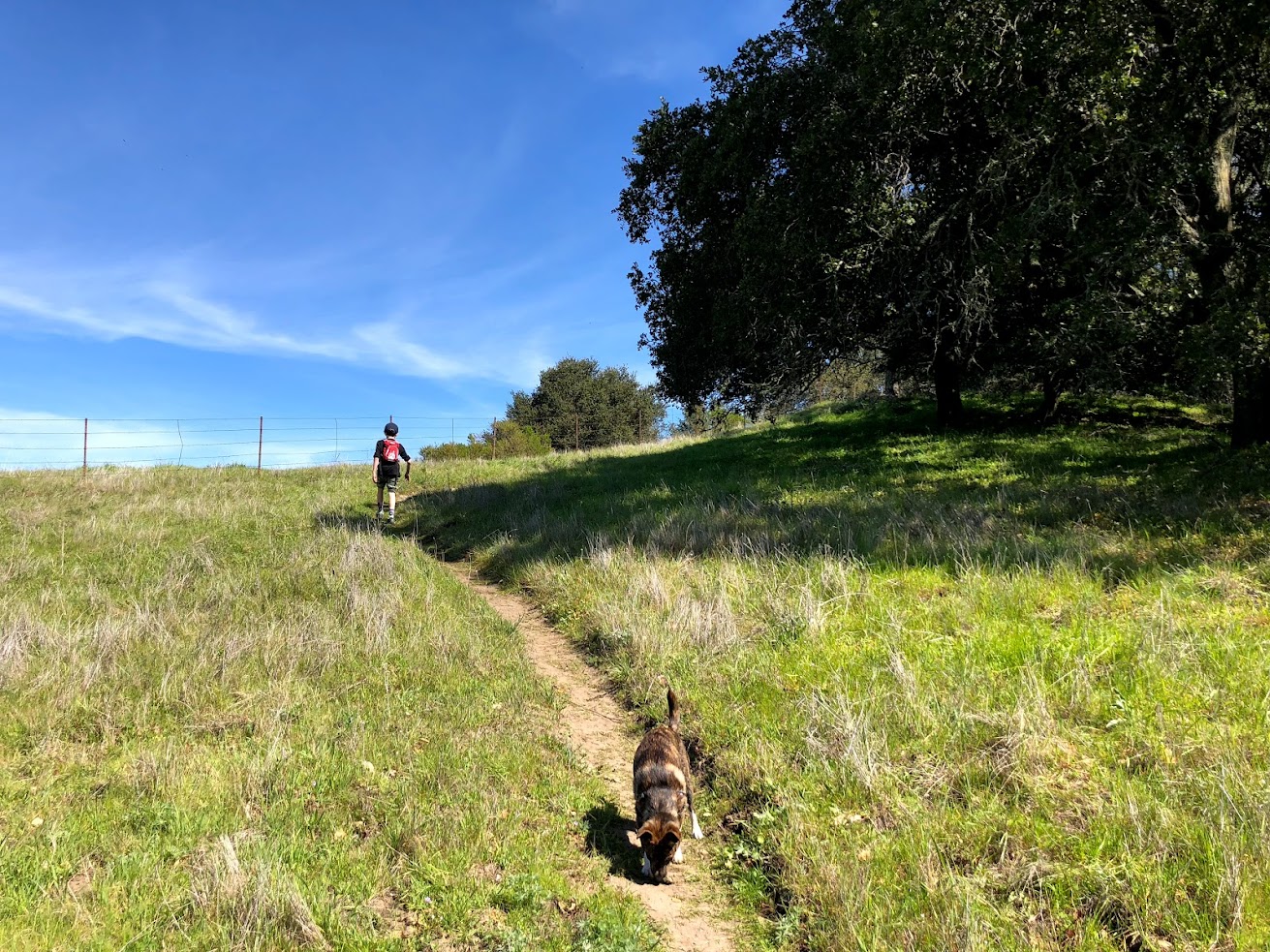 Almost at the summit

Arriving at the summit, I was amazed by the view to the northwest. Absolutely stunning. 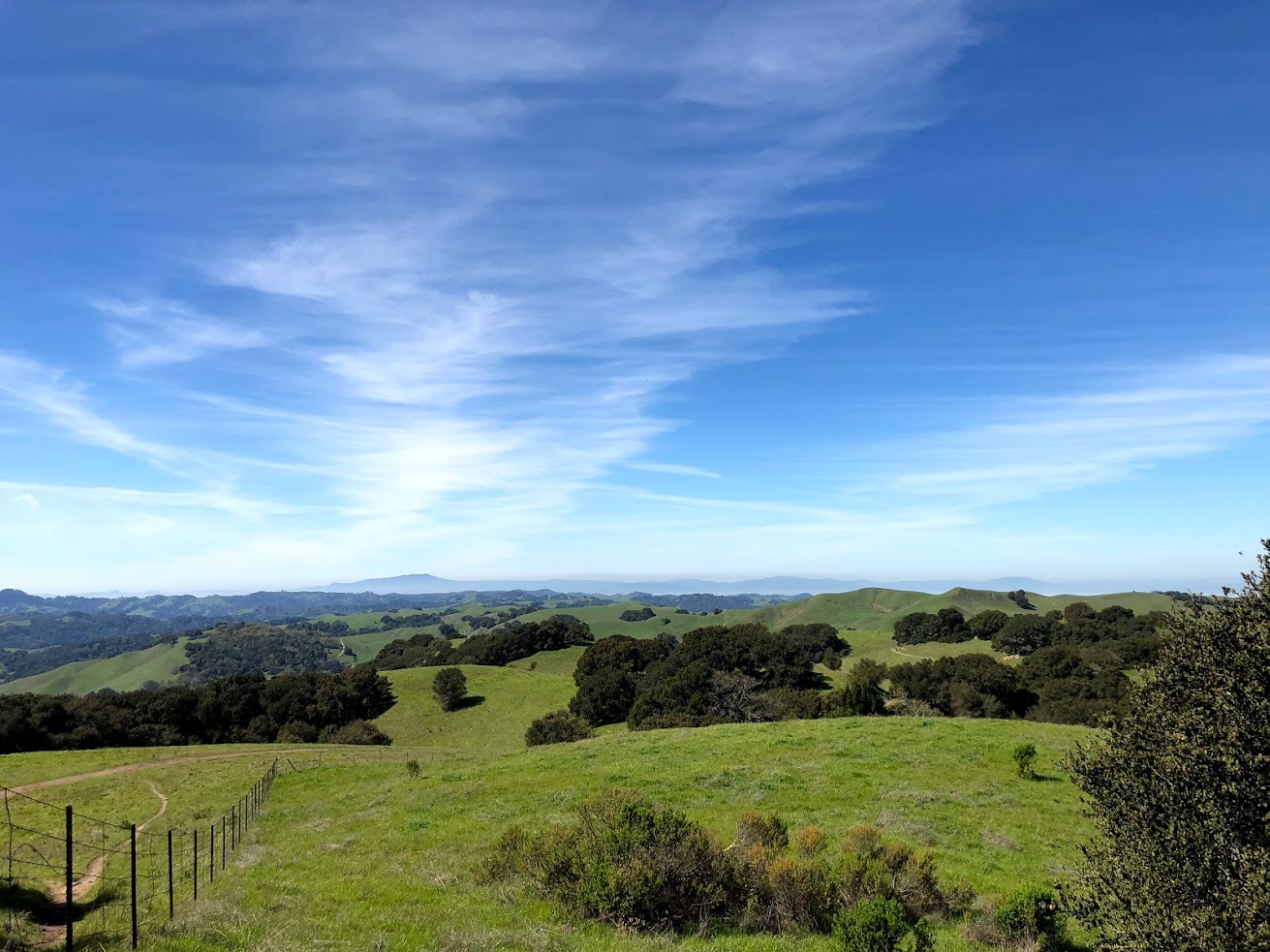 Looking WNW from the summit

Normally, I’d set the boys up with a hammock, but we couldn’t find a very good spot to put it (without dealing with a bunch of poison oak).  I got them situated on the bench and started setting up the radio equipment.

Before and during setup, I tried getting some 2 meter contacts.  This is when I would start to realize how bad the analog performance is on my DMR radio. Basically, if it isn’t a strong signal, I can’t hear it. It’s a combination of a receiver that isn’t super sensitive, and non-adjustable squelch.  It’s just not good for analog simplex operation.  I made one simplex contact on 2m FM.

Knowing this summit wouldn’t have any tall trees for good for the end-fed half-wave antenna, I brought the QRPGuys tri-band vertical. I had it set up pretty quickly, self-supported using my ice cream lid guying system. 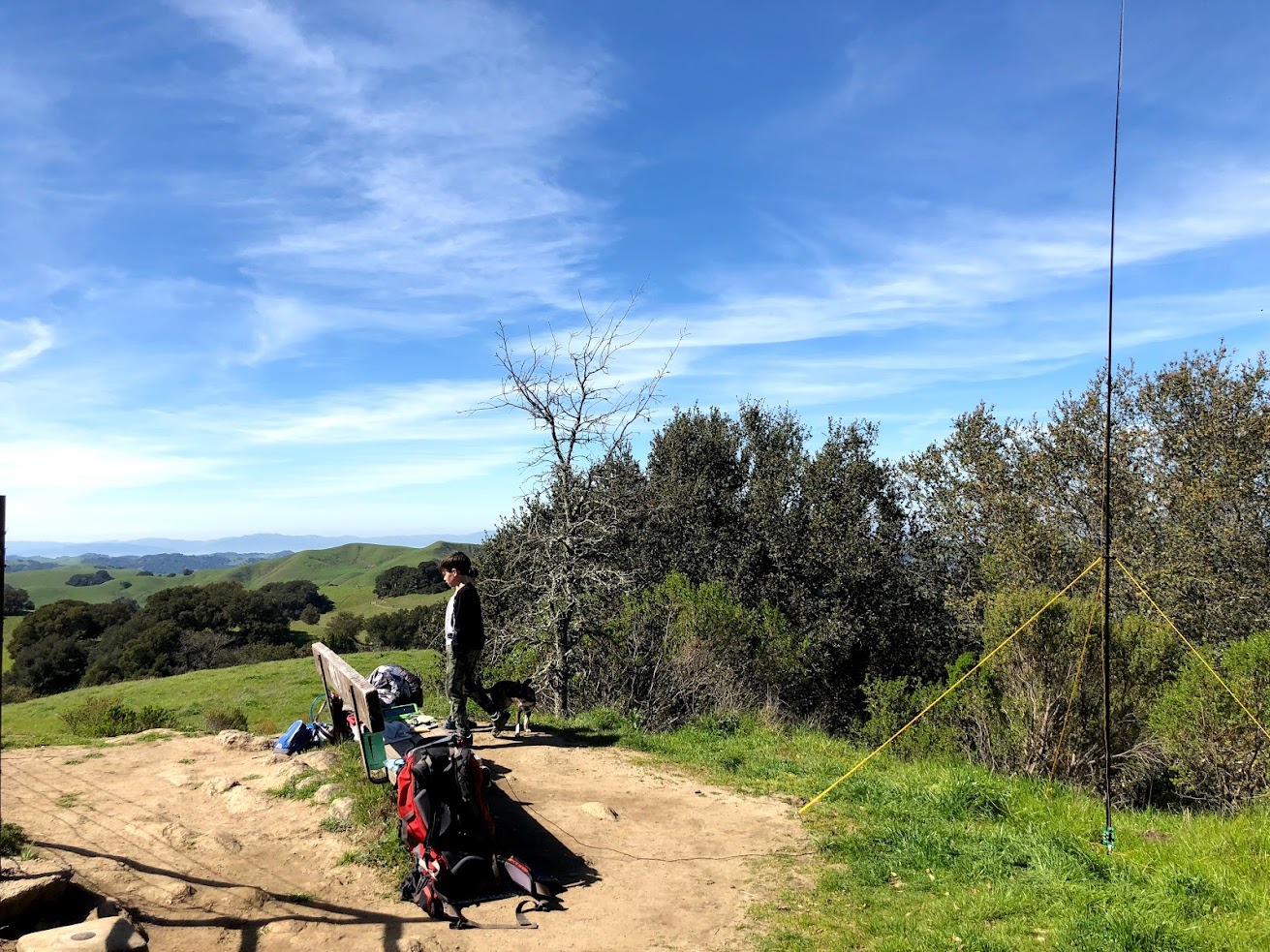 I’d brought along my FT-817 so I could do multi-mode operation and hopefully chase some other summit activations. It’s a much more complicated setup than my MTR-3B, since I don’t yet have an internal CW filter.  But it’s a great radio and worth the setup. 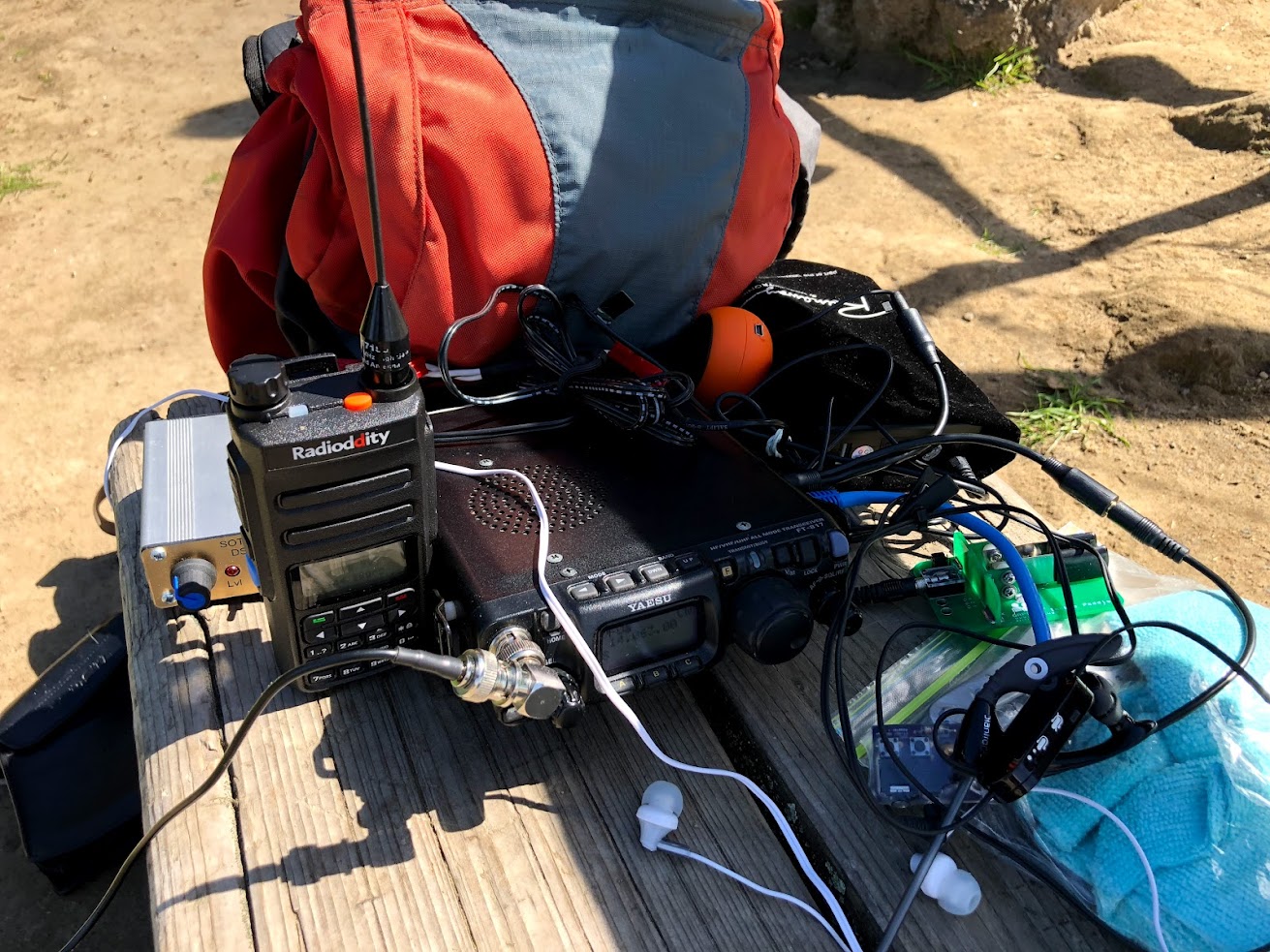 I did 30m CW first, allowing my previously-posted alert to get me spotted by RBN/RBNHole.  This worked nicely and I quickly had several contacts, including one S2S.

I then switched to 40m ssb, and got a couple more contacts there, before moving on to 20 meters, picking up 5 more contacts, including several regular chasers.  A good activation!

My boys were mostly eating lunch, snacking, and reading during all of this.  Sometimes they have interest in talking on the radio, mostly they don’t.  I never push it on them.  But I do make them get out and hike with me once in a while!  They end up really enjoying it.  Especially the hike down! 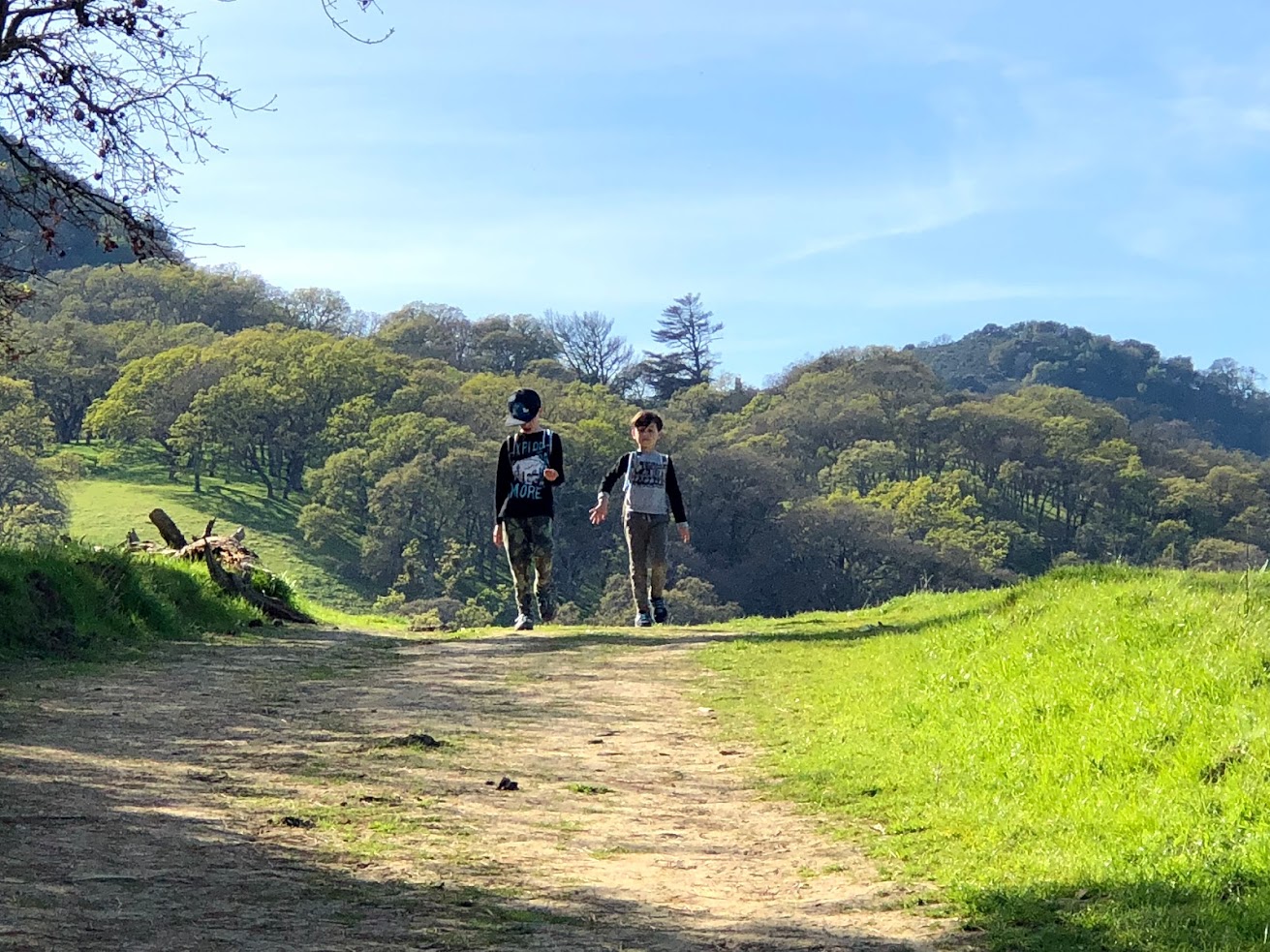 Almost back to the car!