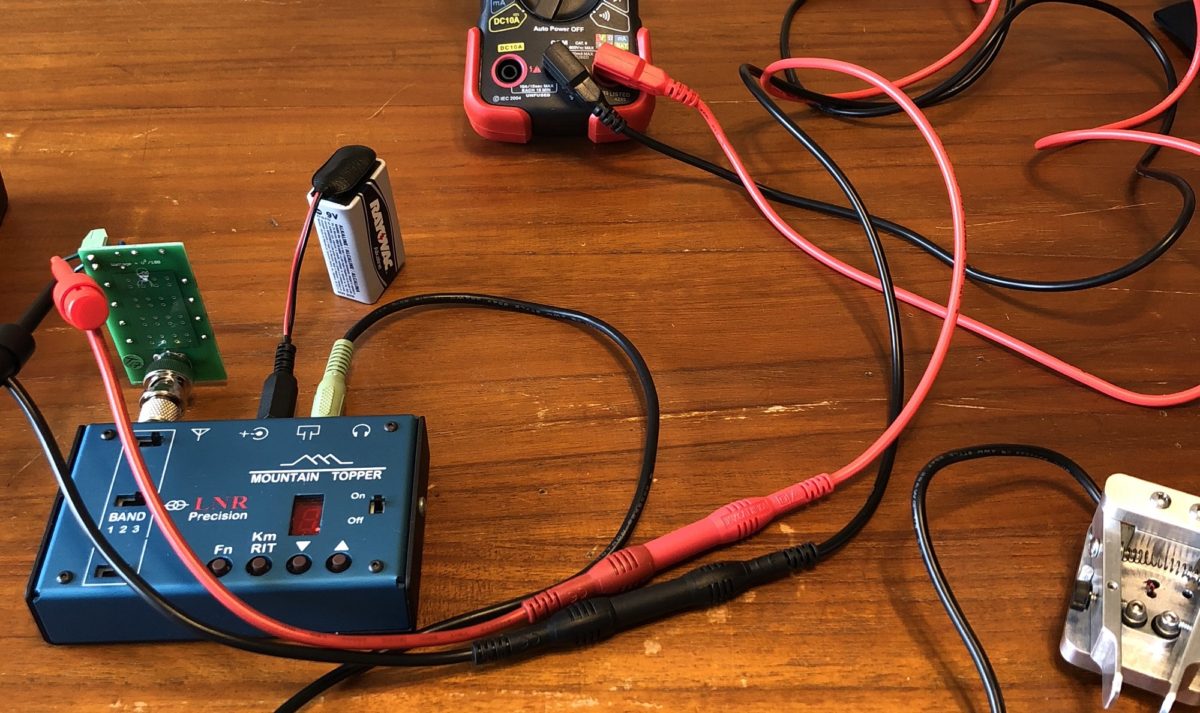 I’ve had the Mountain Topper for a couple of weeks now, after having wanted it for a long time. I’ve been really happy with it, and I’ve even already done three SOTA activations with it and lots of SOTA chasing from my back yard. One thing I noticed when doing my pre-purchase research is that not many people report on the power output (probably because it doesn’t matter that much). Well, I got curious! Here’s my extremely inaccurate and non-scientific report.

I don’t have a Bird Wattmeter, or any actual power meter for HF, really.  I have a digital VHF/UHF one and while some VHF meters will work for HF, this one won’t.  So I ordered a QRP dummy load from “Electroresales” on eBay. 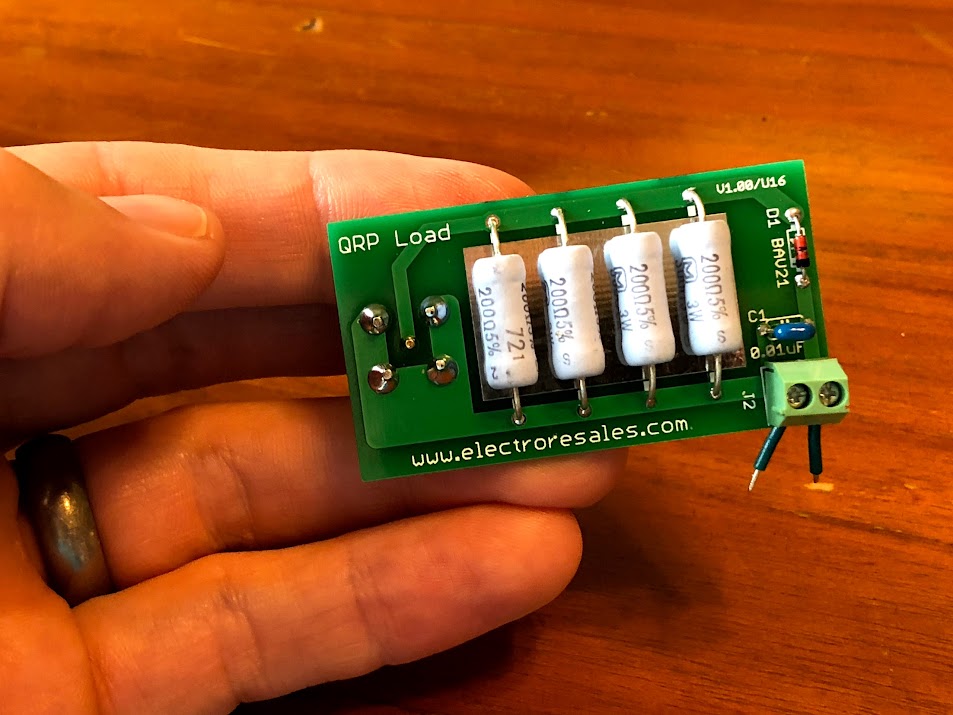 The nice thing about this dummy load is that it has a capacitor and diode to provide a DC voltage giving a rough indication of power.  You simple square the measured DC voltage and divide it by 100 for the power in watts.

Now, the MTR-3B is very flexible in terms of power supply, but the user manual states “do not exceed 12v.”  I’ve found that in practice, this is somewhat of a loose rule as long as the load is a good match.  This dummy load is a good example.

So, I used three different batteries for this test: 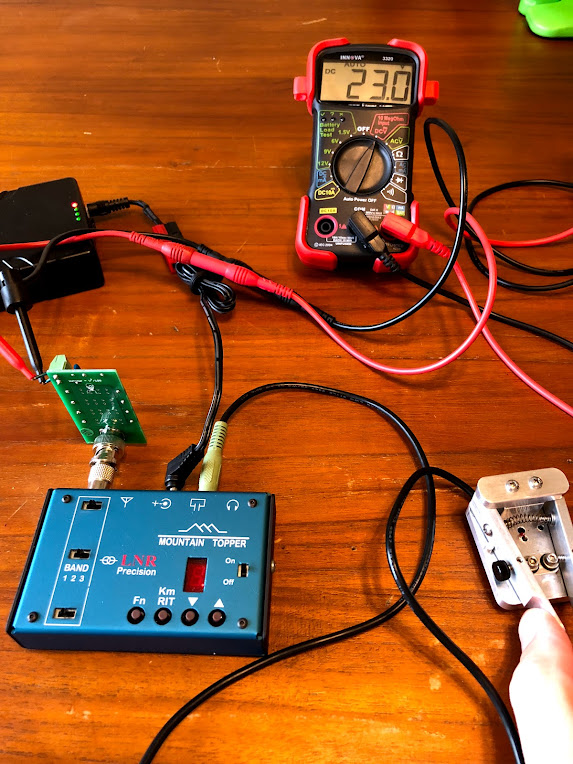 This is the Li-Ion test on 30m

I measured the voltage of each battery (using the load tester on my meter) before testing. I also noted the battery voltage as measured by the MTR. And finally, I measured the power output on each band, for which I’ve noted the range.  Here are the results:

Again, these aren’t precise measurements, but it gives me some idea of the power I’m putting into the antenna when I’m out there. With a fresh 9v battery, I could definitely make some contacts. Even with an old 9v battery, it’ll work.  The Mountain Topper can actually function all the way down to about 6 volts.

One other note is that not every Mountain Topper is going to have the same output. I believe LNR Precision tries to get it pretty well optimized before it goes out the door, but there is some variance.  All of this is trivial though.  Having an efficient antenna properly set up is always going to make way more difference than a watt or two could ever make.

The Lithium-Ion battery I have is bulky and heavy (for a lithium battery) because of its case. I have a couple of really small LiPo (Lithium Polymer) batteries on their way from Hobby King. A 500mAh for really light and fast expeditions, and a 1000mAh for when I don’t mind carrying slightly more weight. Both batteries are very light and small, and good for hours of operation. With these batteries, I’ll be getting 4-5 watts pretty regularly.

I’m considering putting a constant-current, constant-voltage buck-boost converter into a tiny box, with a switch to choose output of 7, 9, or 12v.  This would go between these LiPo batteries and the MTR-3B, to allow choice of power output and to provide a consistent and current-limited input voltage.