I was over in Santa Cruz for work, so decided to make a “quick” detour on the way back over the hill so I could activate this summit. I’ve had my eye on it for a while, so I posted an alert on SOTAWatch and squeezed in some time to do it. The detour isn’t actually very “quick,” but it’s within reason.

This is a simple drive to the high area of Empire Grade. I used Google Maps on my phone (I have offline maps downloaded). Having read previous reports, I figured I’d try accessing the CDF training area if it looked like someone was around to grant access. Otherwise, I’d continue on and try the pullout just down the road.  I wanted to try and save as much time as possible.

Not seeing the CDF gate open, and not seeing anyone around, I continued on to the pullout.  There were plenty of trees around, so I decided to stay here and operate.

I threw my antenna wire over a tree near my car, then walked it out a short distance from there. I think this is about as close as I’ve ever been to my vehicle for an activation. Definitely my lower limit for qualifying as a SOTA activation. I strapped my pole to the fence, to keep the antenna wire a bit higher before coming down to the radio. I set up the radio on the ground, and realized I wouldn’t be able to sit without getting my nice clothes dirty. So I crouched to operate.

My phone tried getting service, and even reported it had basic (voice/text) service once or twice, but it wouldn’t do anything with it.  Knowing this in advance from other’s reports, I had posted an alert and would be relying on RBNHole to spot me. 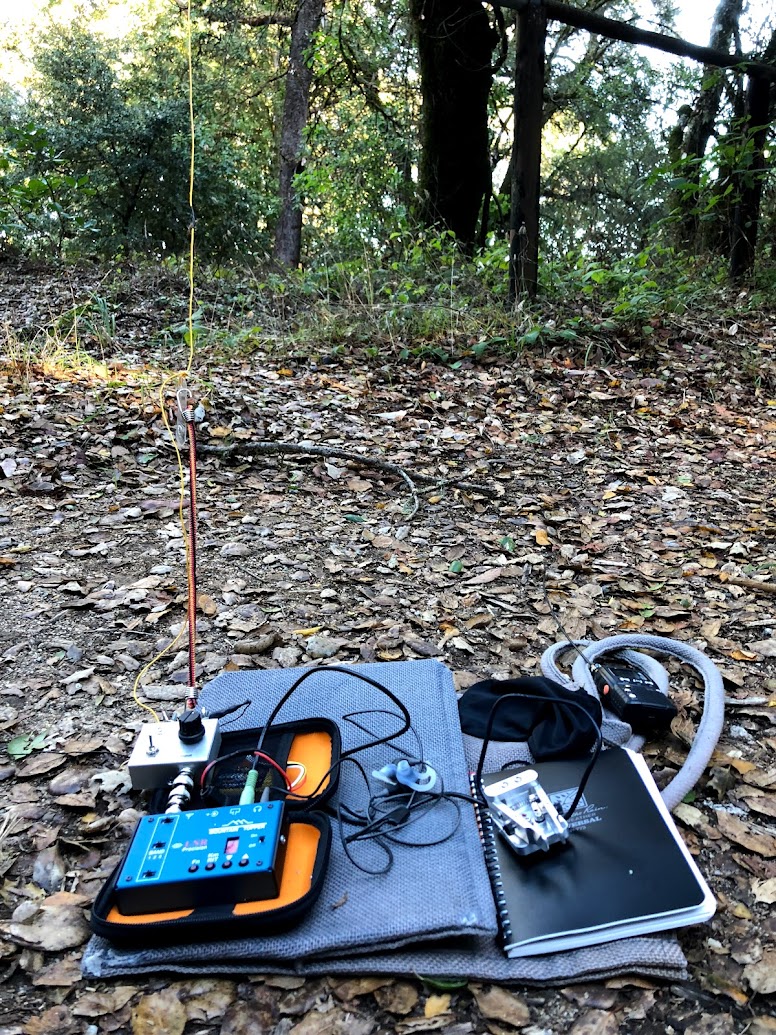 The station. Gotta love this setup!

This was my first time using the new Amazon Basics case and “Zippy” LiPo battery on a summit. They did exceptionally well!

Getting on the air, I decided to start with 30 meters (perhaps only operating this band if enough QSOs). I dialed in the antenna, and immediately noticed a fair amount of noise, perhaps from the telecom lines immediately adjacent to my antenna, or something having to do with the nearby antenna tower.  It was a pulsing noise, approximately 10-15 times a second. Not having a lot of time, I decided to just start calling.

It took a few minutes of calling CQ, and I was in business. The signals were definitely weak for the most part, with the exception of one or two. I think the AGC on the Mountain Topper was adjusted to the local noise.  Nonetheless, I was able to pull stations out.  And everyone did a great job being orderly and patient with my developing CW skills! 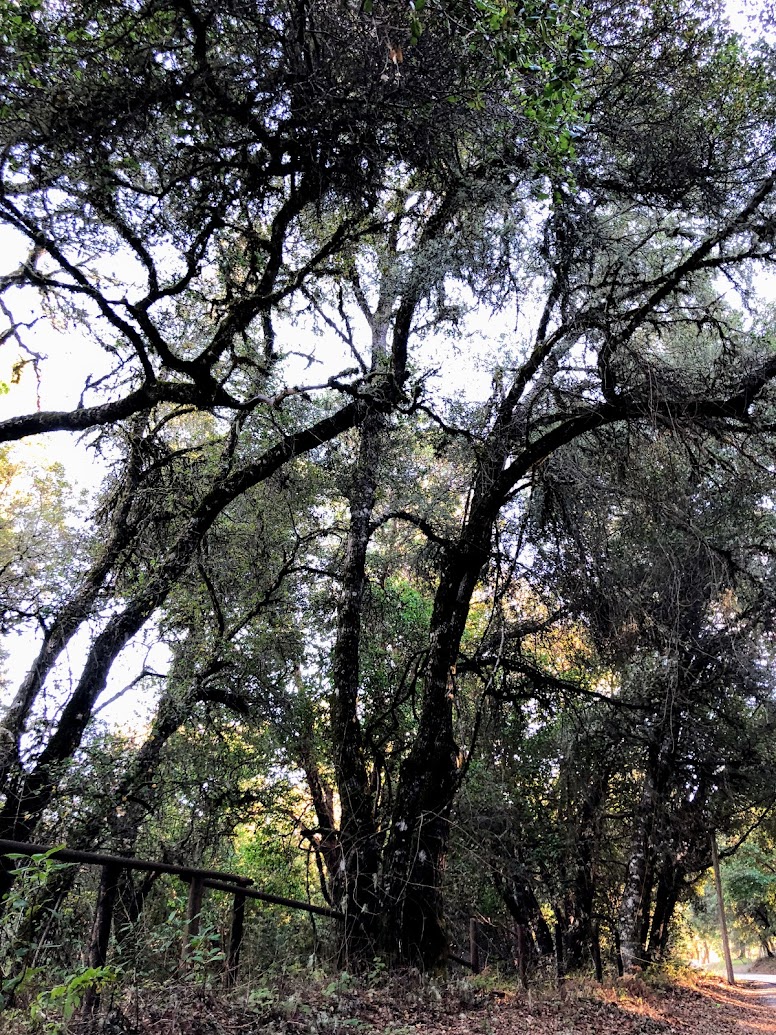 You probably can’t see it, but there’s an antenna up there somewhere! Road to the right.

I operated for about 20 minutes. Nobody else seemed to be answering on 30 meters, and I needed to get back to work, so I packed it up.