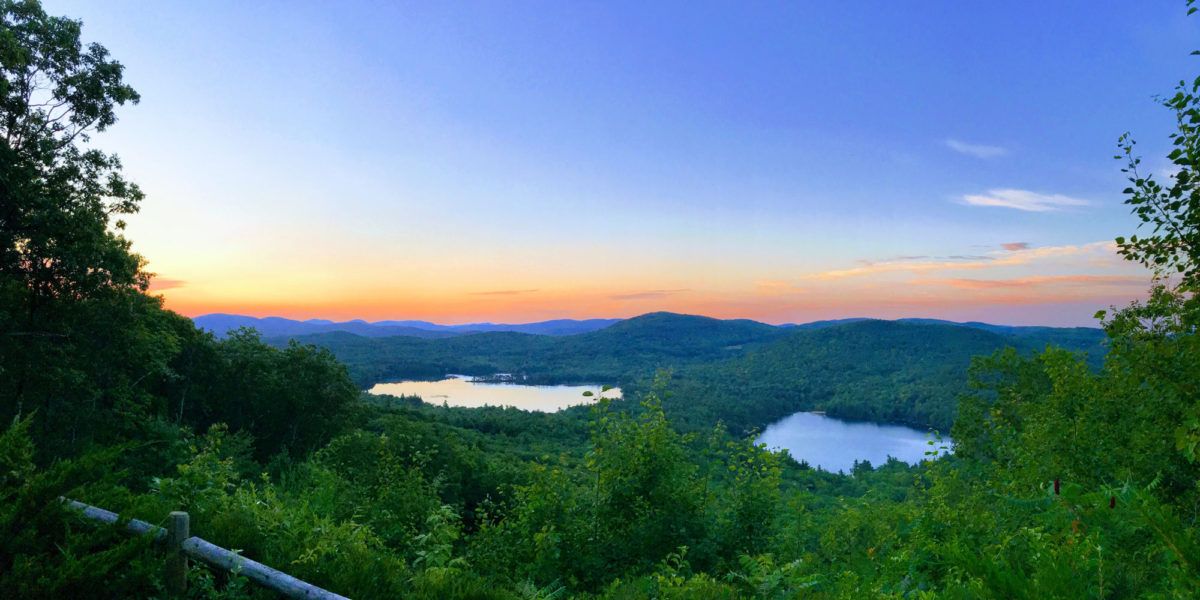 For my family reunion, most of my siblings and I stayed at a chalet in Madison, New Hampshire. Very near where we were staying was this drive-up SOTA summit. I actually ended up visiting several times, and doing SOTA operations twice. The view is absolutely amazing.  The day I activated this summit, I tried twice. The first one, at sunrise, was completely unsuccessful with zero contacts made.  The second one, at sunset, was successful, but zero points with only three contacts made.

Pretty straightforward—get on Oak Ridge Drive, and pretty much follow it to the top.  After turning right when the road crests the hill, there’s a cul-de-sac in which you can park.  Walk a short distance to the east where there’s an obvious path and a picnic table.

For my first attempt, I threw the end-fed wire into a tree closer to the cul-de-sac, but still in the little park area. The branch was about 25 feet up.  This sloped down to connect up with the radio on the picnic table.  It sloped east.  As I watched the sun come up, I found clear frequencies on first 40 meters, then 20 meters.  I called CQ on both, with not even a hint of a reply on either band.  I threw in the towel after around 20 minutes of trying.

For the second attempt, several of us (including kids) went up to watch the sunset.  I wisely suggested that I take my own car, in case I’m still working on contacts or packing my antenna up once the rest of the group got restless and wanted to leave.

For this second attempt, I threw the wire up into a farther tree, and slightly higher branch.  This time I had a bit of paracord coming off the branch before the wire started.  Last time, the wire was in contact with the tree—maybe some losses there?  Probably. Anyway, this end-fed setup was sloping east-southeast, connecting to my rig on the picnic table.  A comfortable setup!  I forgot to get pictures of the setup, but you get the idea.

While the family enjoyed the view, I found a clear frequency and started calling CQ. 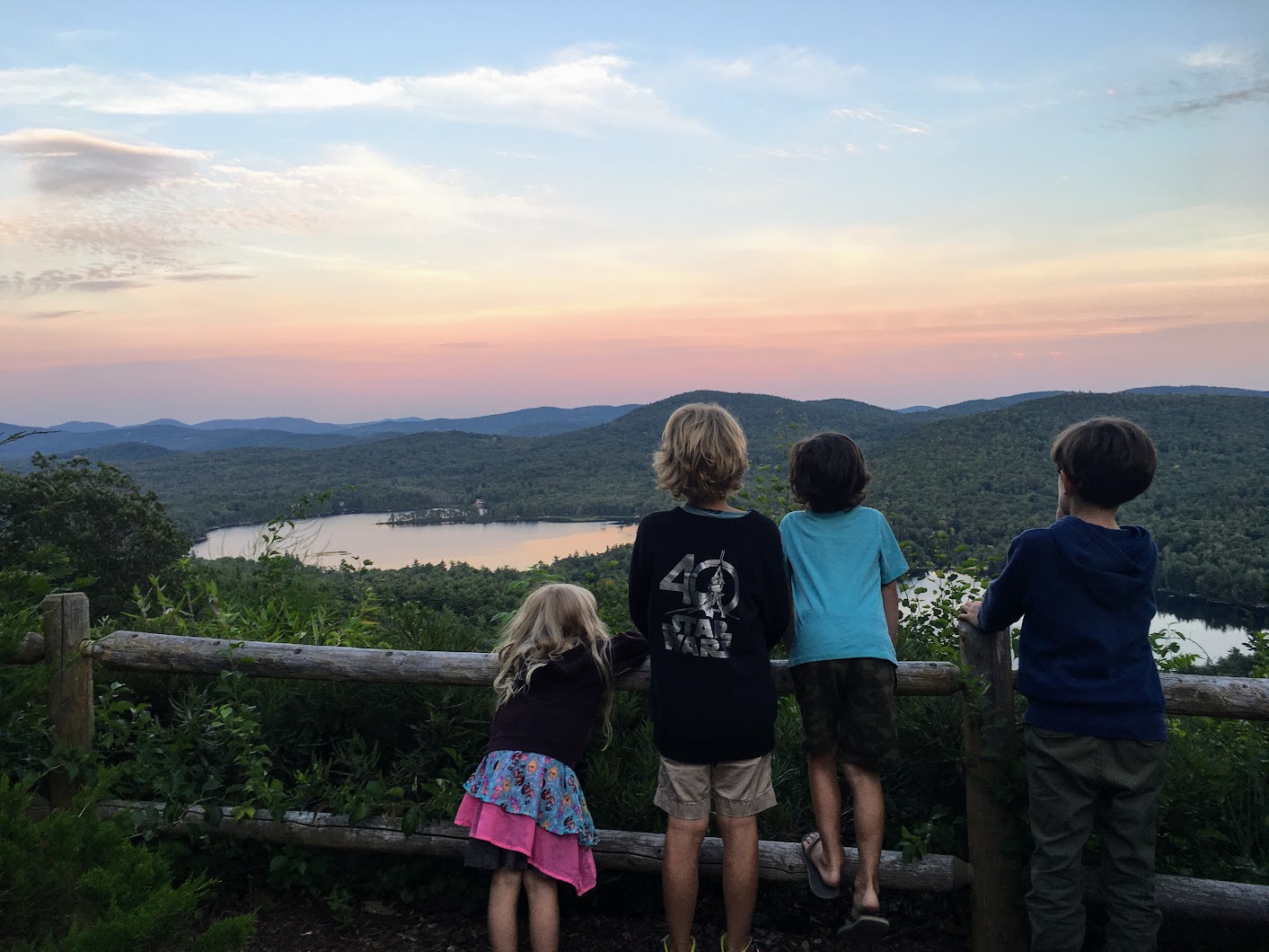 Within a few minutes of spotting myself, I received an answer to my CQ.  It was Herm, KB1RJC!  One of the first to answer my call on Mount Washington, along with his wife Merle, KB1RJD.  We chatted for a minute or two and I discovered I was only a few minutes down the road from them!  We talked about possibly meeting up, and then I continued calling CQ.  Pretty much right away, I got one more—W3LDT, down in Pennsylvania.  Then, nothing.  I kept trying on 40 meters for a while, then tried on 20 meters, then back to 40 meters.  Nothing.  I don’t know if it was band conditions, my antenna configuration, or what. The family had left and the mosquitoes were really starting to get vicious.

Herm KB1RJC came back on at one point, and said I might be able to get a summit-to-summit on VHF, if I had a beam.  Well, I don’t have a beam, and my HT only puts out 1.5 watts, but we gave it a try.  That didn’t work out either.  I could sort of hear the other station, but they definitely couldn’t hear me.

With three Q’s in the log, I packed up as quickly as I could and got out of there.  The activation still counts, but no points!

Thanks to the chasers!