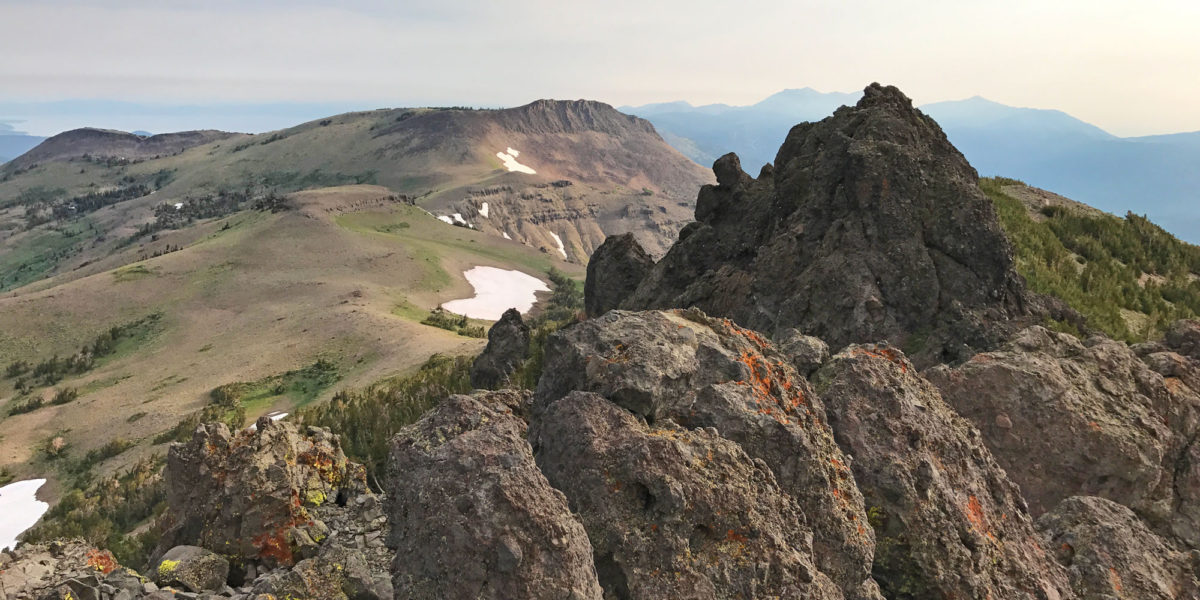 While on a backpacking trip to Round Lake with friends, I wanted to see if I could squeeze in a little bit of summit action.  Originally, I was only going to attempt Stevens Peak, by heading up to a nearby ridge and approaching from the north. Upon doing some more research, I realized I could add a little bit of distance and grab both Red Lake Peak and Stevens Peak in one go.  I looked at several trip reports on PeakBagger.com—most of them consisted of a day hike to both peaks, approaching from the south. So I put together a hybrid of that approach and planned to get an early start on the second day of our backpacking trip, and do it trail-running style.