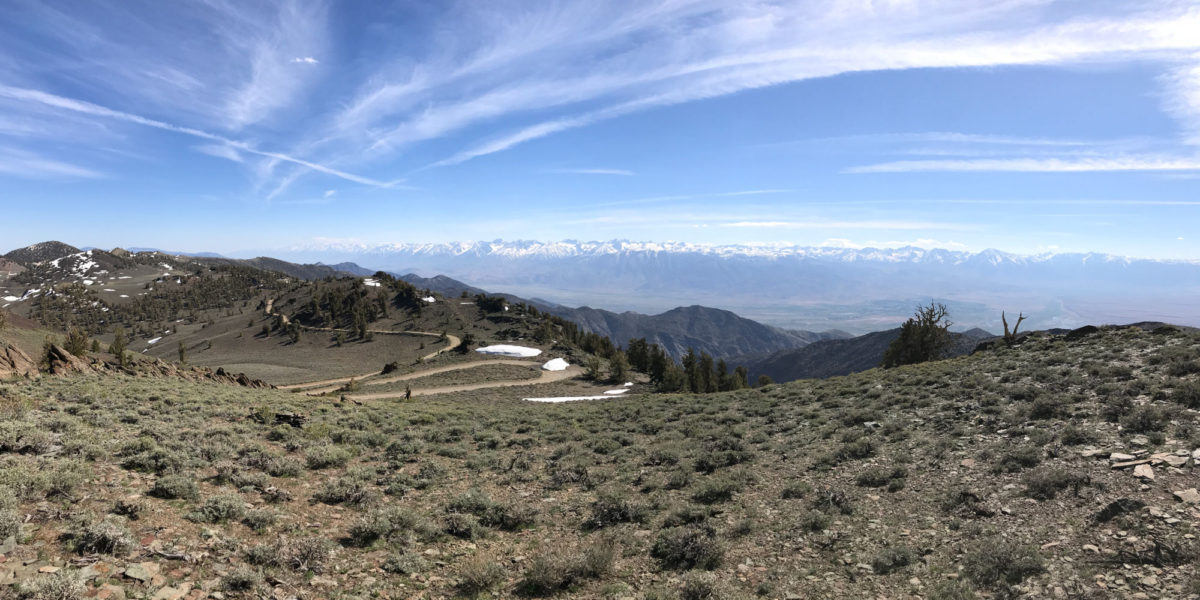 Out of the several peaks I planned to activate in the White Mountains, this unnamed peak “10940” was the easiest to get to, and one I had planned on doing last.  That planned changed, as plans often do in the mountains.  First of all, I brought my VW Passat wagon, rather than my AWD Honda Pilot. So once White Mountain Road went from paved to unpaved, things got slow—really slow. The road doesn’t seem to get much maintenance, and it’s probably a difficult road to maintain with the harsh weather conditions and remoteness of it. So it took me almost 40 minutes to cover the 5 miles of unpaved road. A high-clearance vehicle (even not 4×4) would have a much easier time. Either way, make sure your spare tire is ready!

My goal was to see how far up the road I could get, and see if it would be possible to get close enough to be able to activate Piute Mountain and Sheep Mountain (as yet unactivated).  There were numerous passable sections of road partially covered by snow. However, once I got to the bend in the road near where Peak 10940 sits, I came across an impassable section of snow.  It was at least a few feet deep, sloped, and covered a long section of road. So I got my car turned around, parked off the road as much as I could, and got ready to go activate this unnamed peak right off the road.

I already had all of my radio gear in a smaller backpack, ready to go. I grabbed my jacket and started walking up to the rocks jutting out of the soil that make up this summit. It was less than 50 yards away, and about 100 vertical feet above. Going directly up the rocks would require some vertical climbing, so I went left (south) around the rocks, and approached the top from the back side. This was all cross-country—there’s no trail—but quite easy to find a path through the sagebrush and other hearty desert plants. There was one patch of snow easily managed on the way up.  A very easy summit to access (once you’ve managed to drive there).

Once I got up there, I noticed I did indeed have cell service. Great! I’d use that as a backup for spotting myself if APRS didn’t work. I got my SOTABeams linked dipole set up along the ridge, with my 7m “squid pole” as the center support.  Hooked everything up, and attempted to send out a spot via APRS.  That didn’t work.  Even though there was a digipeater near me, which seemed to be repeating my packets, I don’t think there was an iGate within range of either my radio or the digipeater.  Just a theory.  Either way, my spot messages didn’t get acknowledged, and didn’t make it to the web. So I used my smartphone to send out spots via the SOTA Goat app and I was in business.

The contacts came pretty easily up here at almost 11,000 feet elevation.  However, I did have quite a bit of lightning static. Not too awful, but did make it hard to hear some stations. There were a couple of exciting moments with these QSOs.

First, I Gary W0MNA and Martha W0ERI made contact with me, and pointed out that it was almost 00:00z! So right after the clock carried over to the new UTC day, we repeated our QSOs.

Then, I heard a very weak station calling, but they became clear enough to make out—it was a New Zealand station!  John, ZL1BYZ.  When we exchanged info, I had to have him repeat his callsign several times—both because it was difficult to hear, and because I couldn’t believe I was getting a ZL1 station in the log. That’s by far my longest-distance SSB QSO—perhaps my longest distance for any mode—at over 6500 miles (10500km)! Seriously exciting.

Answers to my CQ started drying up, and I noticed the sun was starting to get pretty low in the sky, so I packed up and headed back to the car.  I knew I still had the long, slow drive down that dirt road with all its sharp rocks.

This was a great start to my White Mountains SOTA expedition—I knew this was going to be a fun trip. 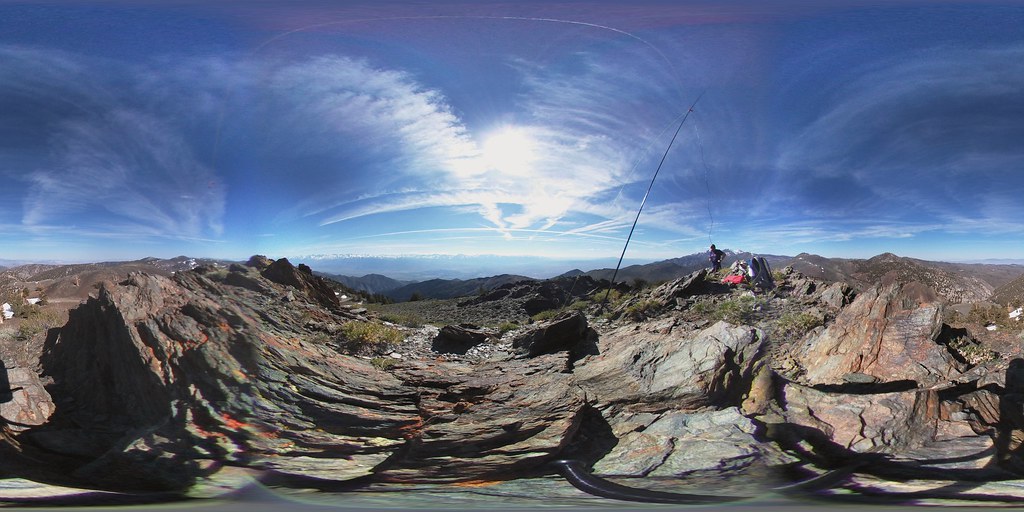