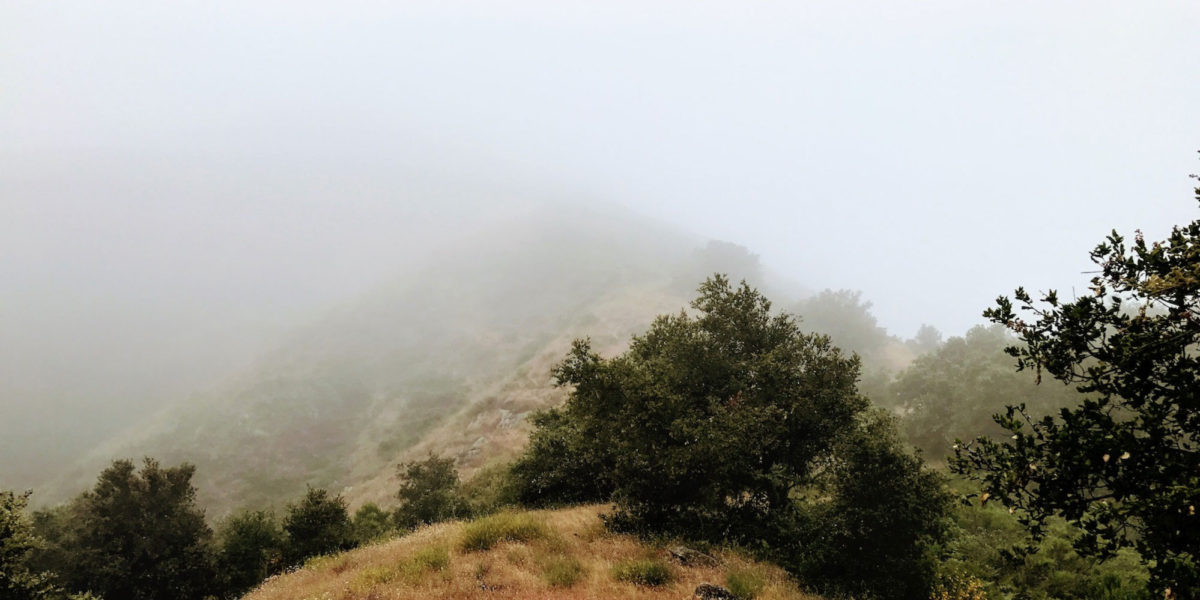 Pinyon Peak is an as-yet unactivated peak. I was in the area for the weekend, so it was calling to me. I decided to do this one as a trail run, since I needed to do one for training/exercise, and because the other route to Pinyon Peak looked a lot steeper.  My friends and family thought I was crazy for wanting to get up early to go run up hills when there were perfectly good beach trails nearby. What can I say? I’m a mountain man.

One of my brave friends decided she’d join me for the run.  She kept a slower pace on the way up, but we ran together on the way down.

There are various options for getting to this summit. The easiest/shortest, from the south, appears to cross private property blocked by a gate.  The second-shortest route, from the north, looks pretty steep but otherwise enjoyable. I chose the longest route, from the west.  I wasn’t easily able to find much information on where to start the run, but Carmel Valley Ranch had a good map of hiking trails starting on their property and seemed to be really open to people coming to visit.  They have a guard shack and gate at their entry, and I wasn’t entirely sure they’d let me in, so I had a backup plan involving parking on Holt Road and running through the neighborhood above to connect to the trails.  That didn’t turn out to be necessary—they were quite friendly at the guard gate when I told them I’d like to get to their hiking trails.

You’re on Old Ranch Road when you drive into the Ranch. Stay on it as it winds through the property, then turn right on Oak Place Lane.  Toward the end of this road, there’s parking. The trail starts up behind the buildings on the left. We were there early in the morning, so we made sure to keep really quiet when following the path up to the trail.  The buildings are suites and some of them were occupied with sleeping people (or so it seemed).

Soon enough, we saw an obvious trail (it may have even been signed) – the “Huff n’ Puff” trail.  It’s aptly named—it’s steep! This takes you up past some horse stables, onto another trail, and then to Snively’s Ridge trail. Basically, you’re keeping left the whole time.  You may need to use a combination of intuition and maps to make sure you stay on the right track until you’re on the double-track/dirt road that is Snively’s Ridge. 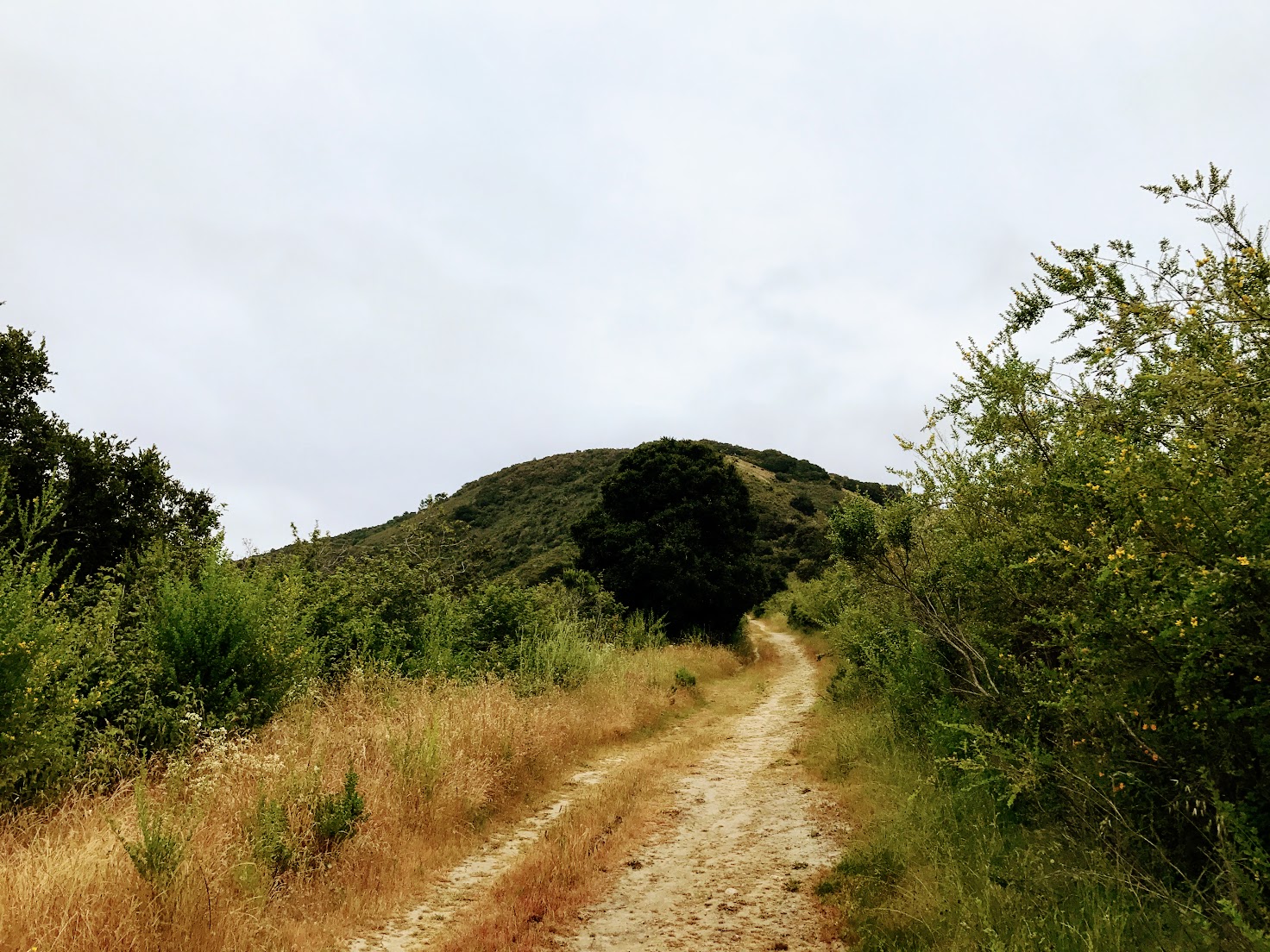 Snively’s Ridge trail follows—you guessed it—Snively’s Ridge all the way up to a high, flat spot. It is here that you’ll see a faint use trail heading off to the right (south).  This is the “trail” that takes you to Pinyon Peak. It starts out in the open grassy area and takes you down through the woods. It is mostly easy enough to follow, though there is one spot where you can either turn left to go higher, or stay straight to follow the trail down—you should stay straight (down).  Soon, you’ll emerge from the woods and see Pinyon Peak towering over you.  Follow the trail steeply up to the top and you’re there!

There are a couple of picnic tables and radio towers at the top.  It was quite foggy when I was there, so I can’t speak to the views, but I’m sure they’re quite excellent.

I had only my handheld radio (Yaesu VX-2R) with me, and my MFJ telescopic half-wave antenna.  With marginal cell service, I had to move around a bit to get my self-spot to go out, but it finally did.  I called CQ on 146.52 a few times, then tried some repeaters I had noted were likely reachable.  None of this worked. I sort of heard a repeater or something identify on 146.52 (though very distorted) at one point.  I came to the conclusion that the radio towers on the summit might be interfering with my radio’s receiver, while it’s also a really remote spot for VHF communications.

My running partner showed up after a little bit, and I decided to call it quits.  I still want to get this summit activated—and hopefully be the first to do so.  I’ll bring HF gear next time!