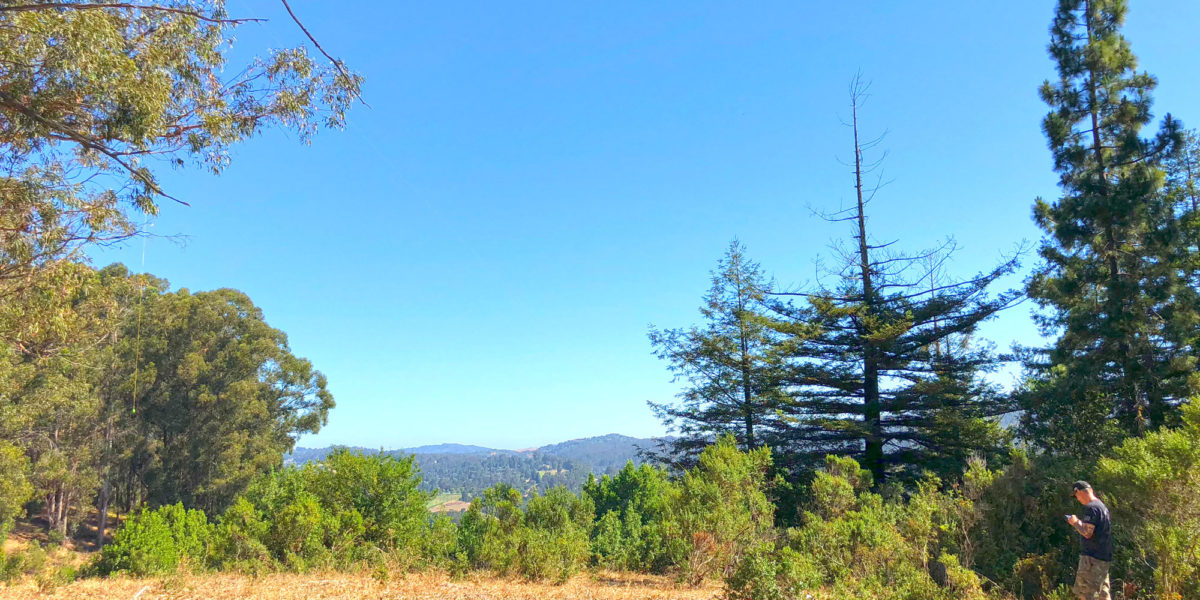 Named “Chabot 2 Benchmark” for SOTA, this is actually “Fairmont Ridge.” I’m sure there’s a benchmark with that name somewhere inside the fenced area, but I haven’t been there.  This is one of the easiest local peaks and this year I’d been saving activating it for when Austin, K6ABM and I were able to meet up.  We finally made it happen!

Named “Chabot 2 Benchmark” for SOTA, this is actually “Fairmont Ridge.” I’m sure there’s a benchmark with that name somewhere inside the fenced area, but I haven’t been there.  This is one of the easiest local peaks and this year I’d been saving activating it for when Austin, K6ABM aka “DietSOTA” and I were able to meet up.  We finally made it happen!

Same as last time. There really isn’t much variation to be had on this. Although, I did have a different dog with me this time, and I was finally meeting K6ABM in person. We chatted on the way up.  I forgot to take pics, but there’s nothing new to see.  It’s a pleasant and short hike.

We got to a nice spot on the east side of the eucalyptus trees with a nice view of the lake and proceeded to set up.  Of course, we chatted some more, first—show and tell of various equipment.  I was using my linked end-fed half-wave antenna with QRPGuys matching unit and Austin would be using his Chameleon vertical antenna.  I figured we’d take turns operating, so as not to interfere with each other.  We took turns attempting to throw my antenna wire high up in one of the trees, with me continually missing and Austin not doing much better.  Boy, it’s been a while!  I finally got it up on a pretty high branch – maybe 35-40 feet or so.  I sloped it to the east and attached it to my backpack for strain relief.

We bungee-corded Austin’s vertical to a nearby shrub and both of us were good to go.

I started out on 20 meters, while Austin checked out 40 meters.  It turned out that neither of us interfered with the other if we stayed on separate bands.  So we got to the business of making contacts!

I had cell service and could have self-spotted, but decided to be lazy and rely on RBNHole to spot me based on my alert info.  It worked.  In about 10 minutes of operating, I had 12 contacts on 20 meters. 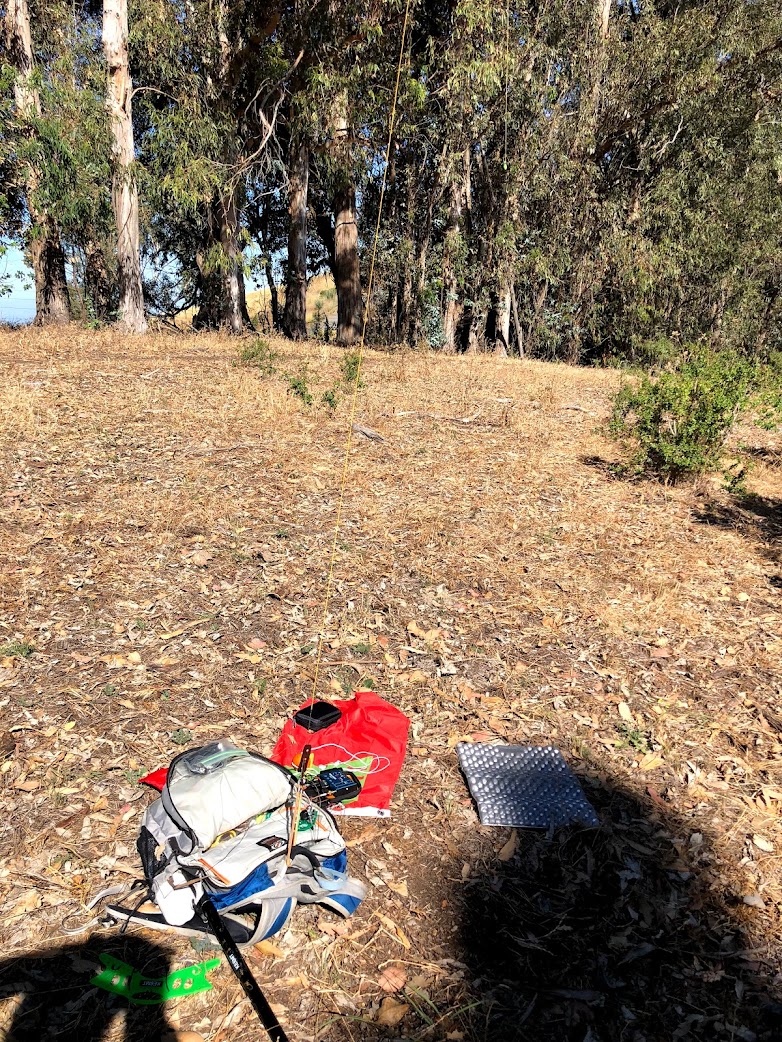 In the meantime, Austin was working on getting contacts on 40 meters and the band wasn’t cooperating. Still, he’d managed to make a couple of contacts. 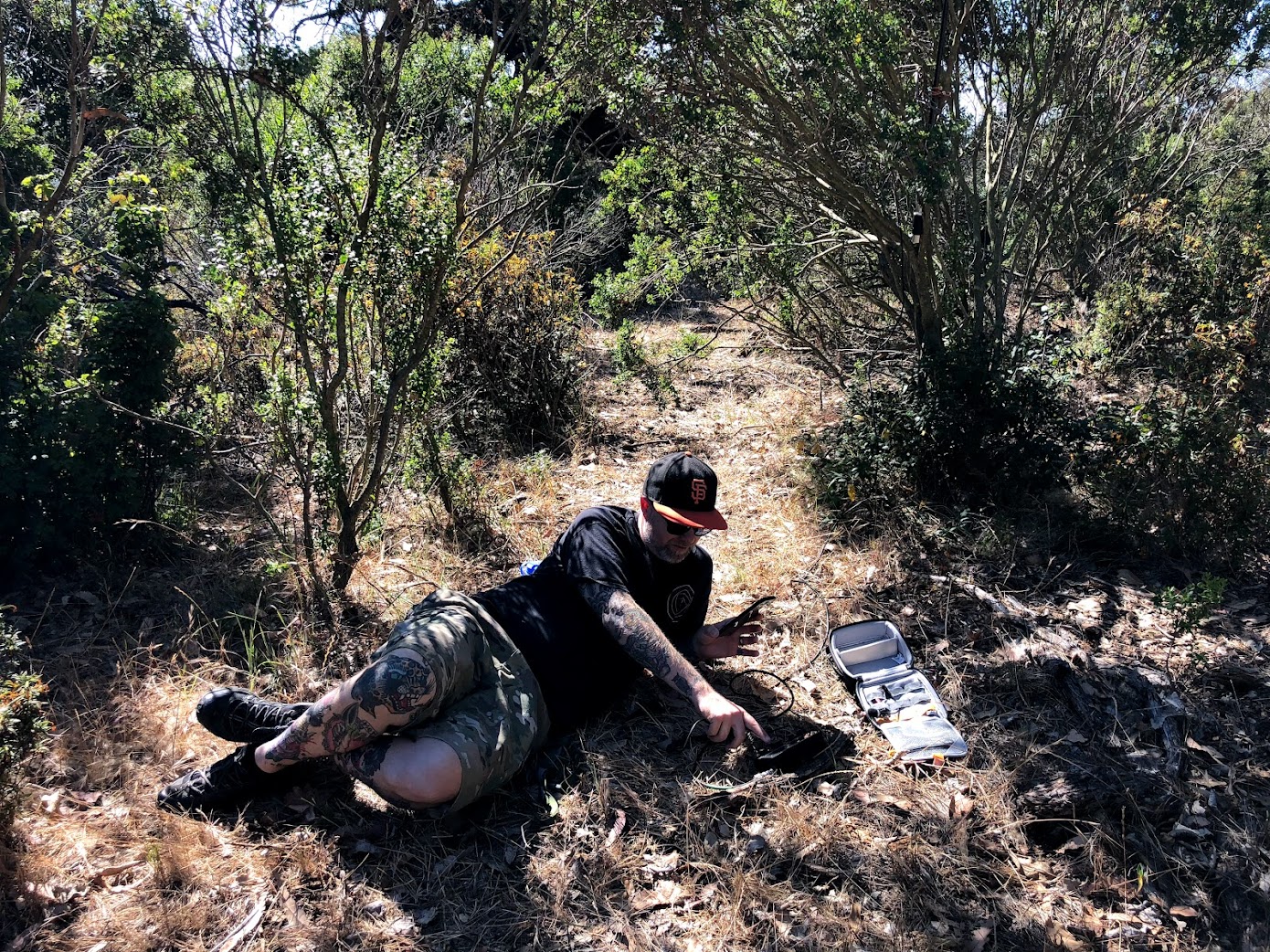 We switched around – he went to 20 meters and I started on 40.  I ended up only making one contact there.  I chatted with Austin some more, to see how he was doing. He was still having some trouble getting the needed 4 contacts.  I pulled up my SOTA app to see if there were any S2S opportunities for him and noticed George, KX0R on a summit, operating CW.  I asked if I could jump onto 20 real quick to try and get the S2S.  Got it!

We also discovered some sort of problem either with Austin’s KX2 mic, or the mic gain settings.  People were having trouble understanding him, even with a strong signal.  We

Austin worked on getting contacts for a while longer and ended up at 3 contacts, before we decided to pack up the HF stuff and go.  Before leaving, I managed to get another S2S contact with Adam, K6ARK. 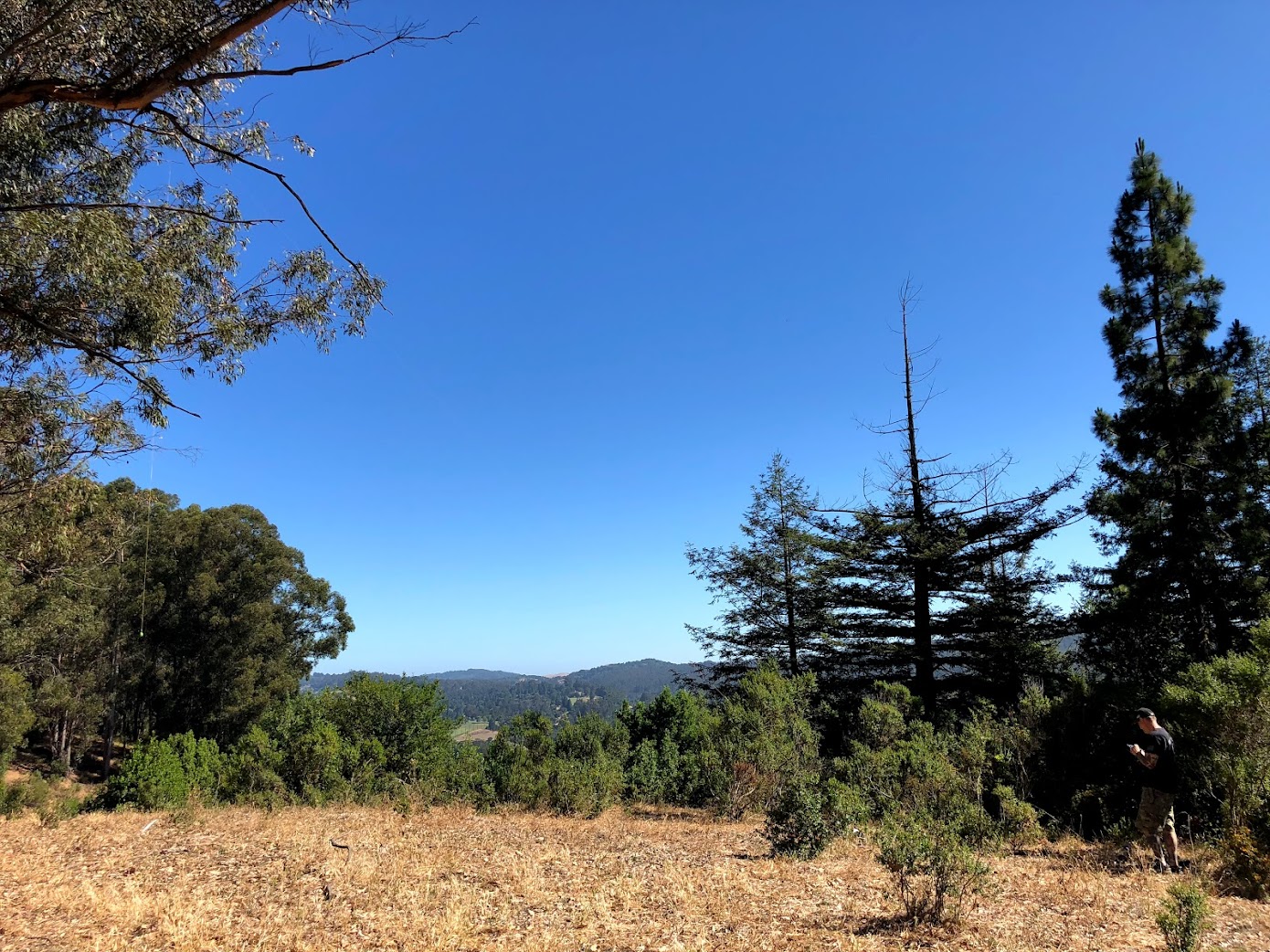 If you look very closely, you can see my antenna wire up in the tree

We packed everything up and walked to the other side of the eucalyptus trees, where Austin easily got his 4th contact using his HT on 146.52.  We had a pleasant walk back to the trailhead. 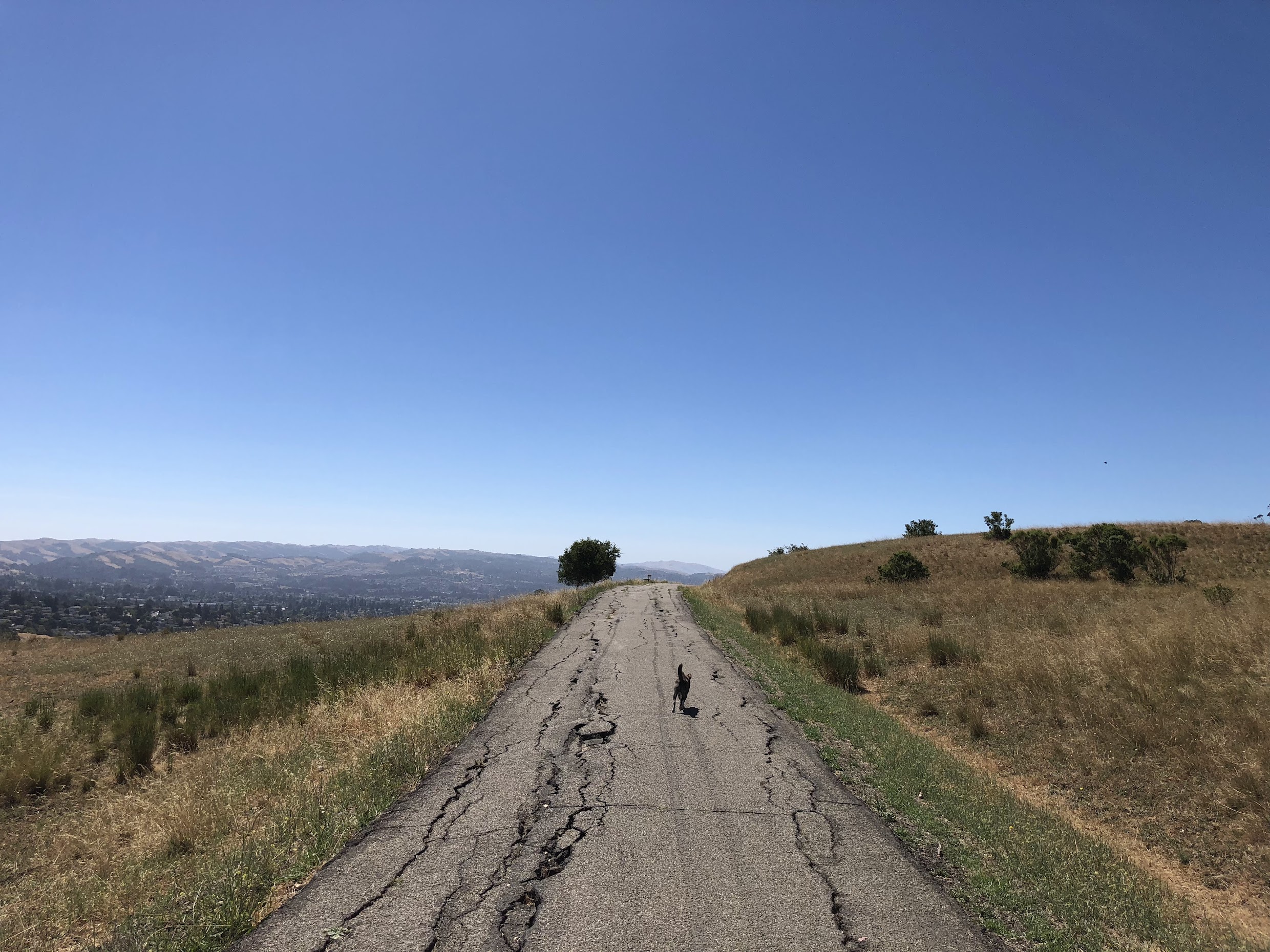