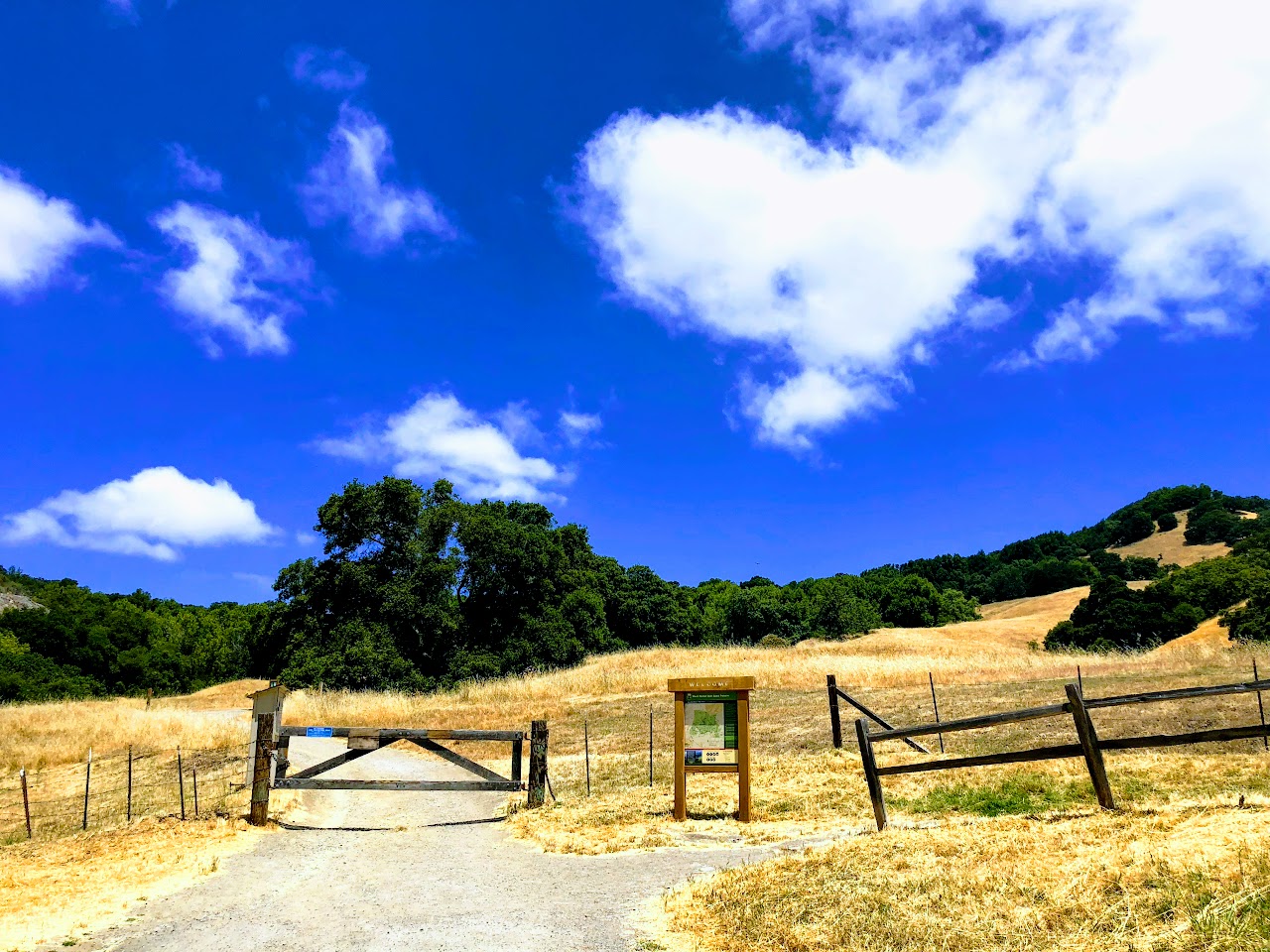 We did the exact same route as last time.  It’s mostly exposed fire roads, so a little bit on the hot side if temps are high. But when we did this hike, it was around 75F, so not too bad.  As with last time, I was accompanied by my sons. 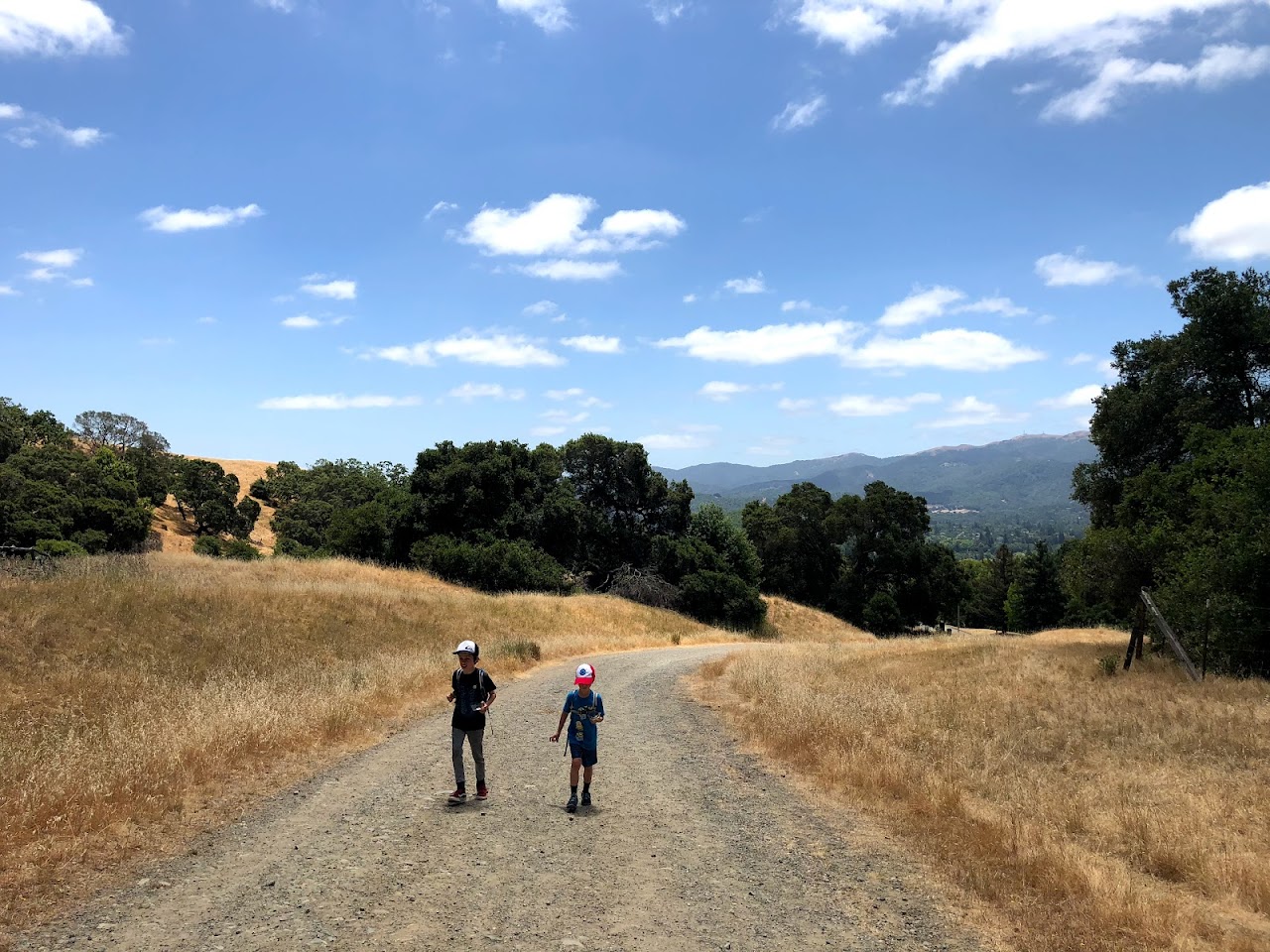 Starting the hike up to Burdell Mtn

We had our (almost) 13-year-old dog, Tashi with us. And Obi, our other dog that’s around 8 or 10 months old. They didn’t like the sun so much, so they were pretty relieved to reach the few sections with shade.  Actually, we were all relieved. It was pretty hot in the sun. 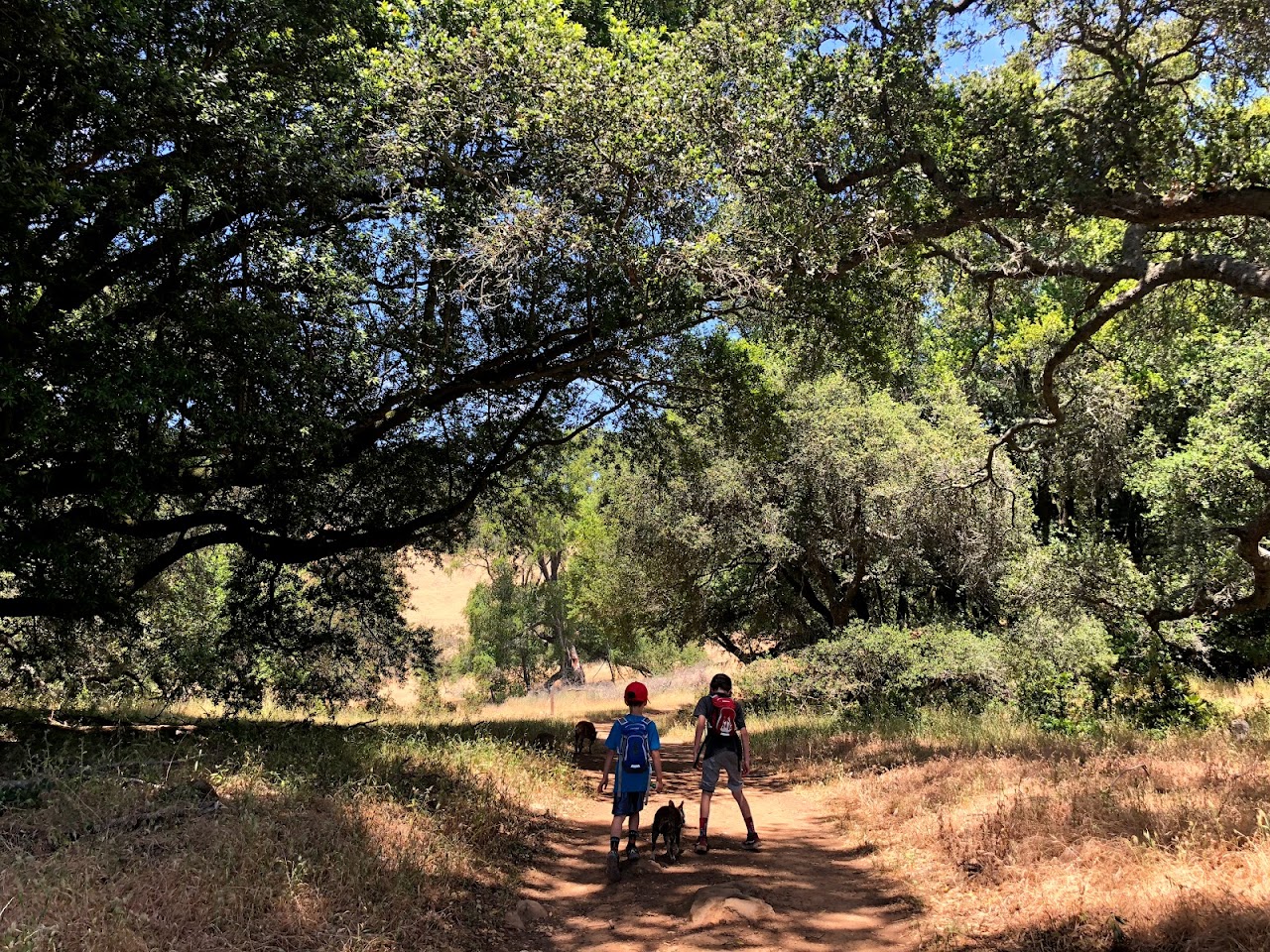 Slowly making our way to the top

Once we arrived at the top, I looked for a place to set up the hammock for the boys.  It took me a few minutes to find a spot that didn’t have poison oak. As it was, I had to tell them not to stray too far behind the hammock. 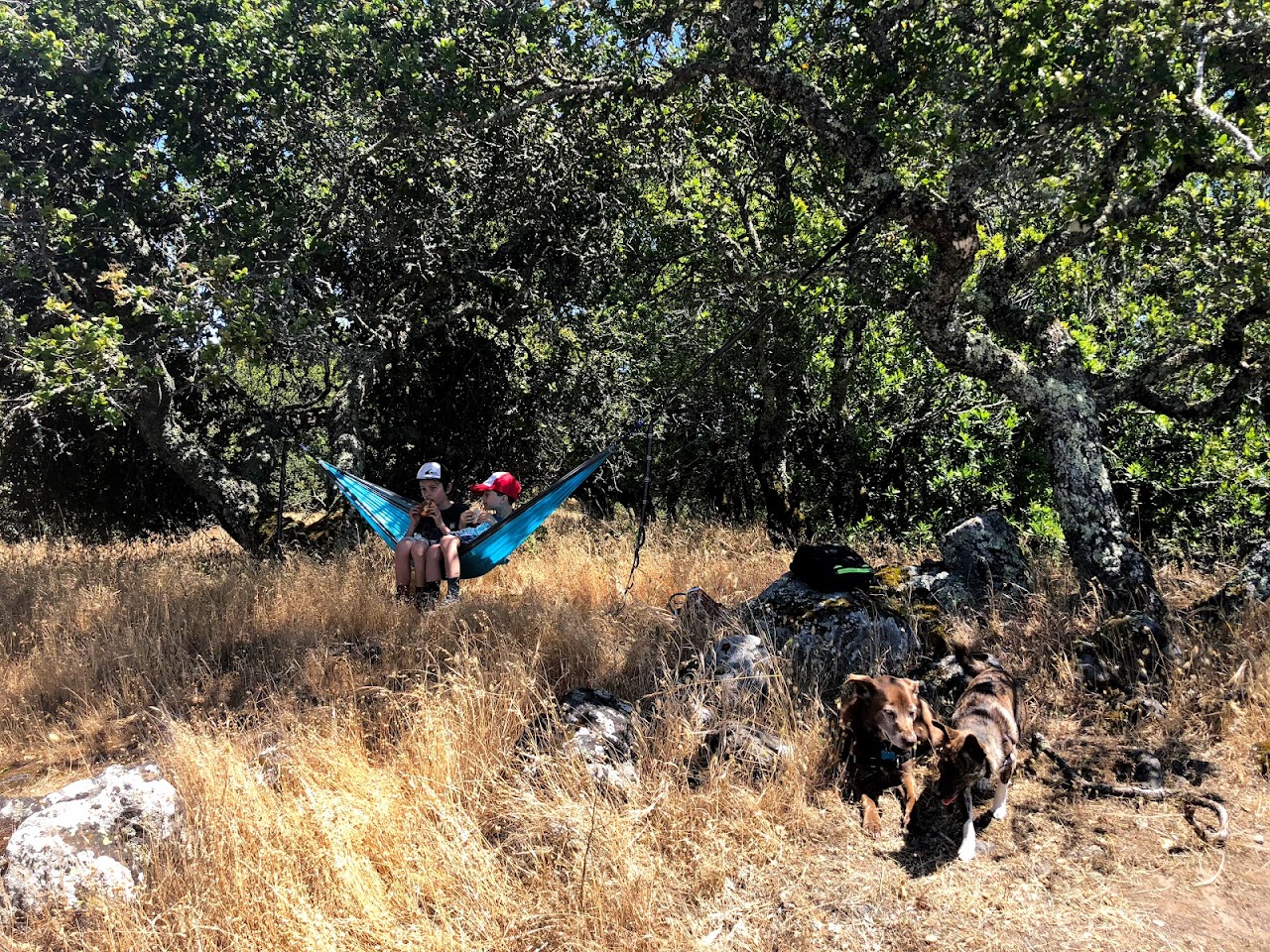 Set up and eating lunch on Burdell Mountain

Next, I set up the antenna pretty much as I had done before, with a little twist – I positioned the near end so that I’d be able to sit under the shade of a tree, instead of hanging out in the sun the whole time. 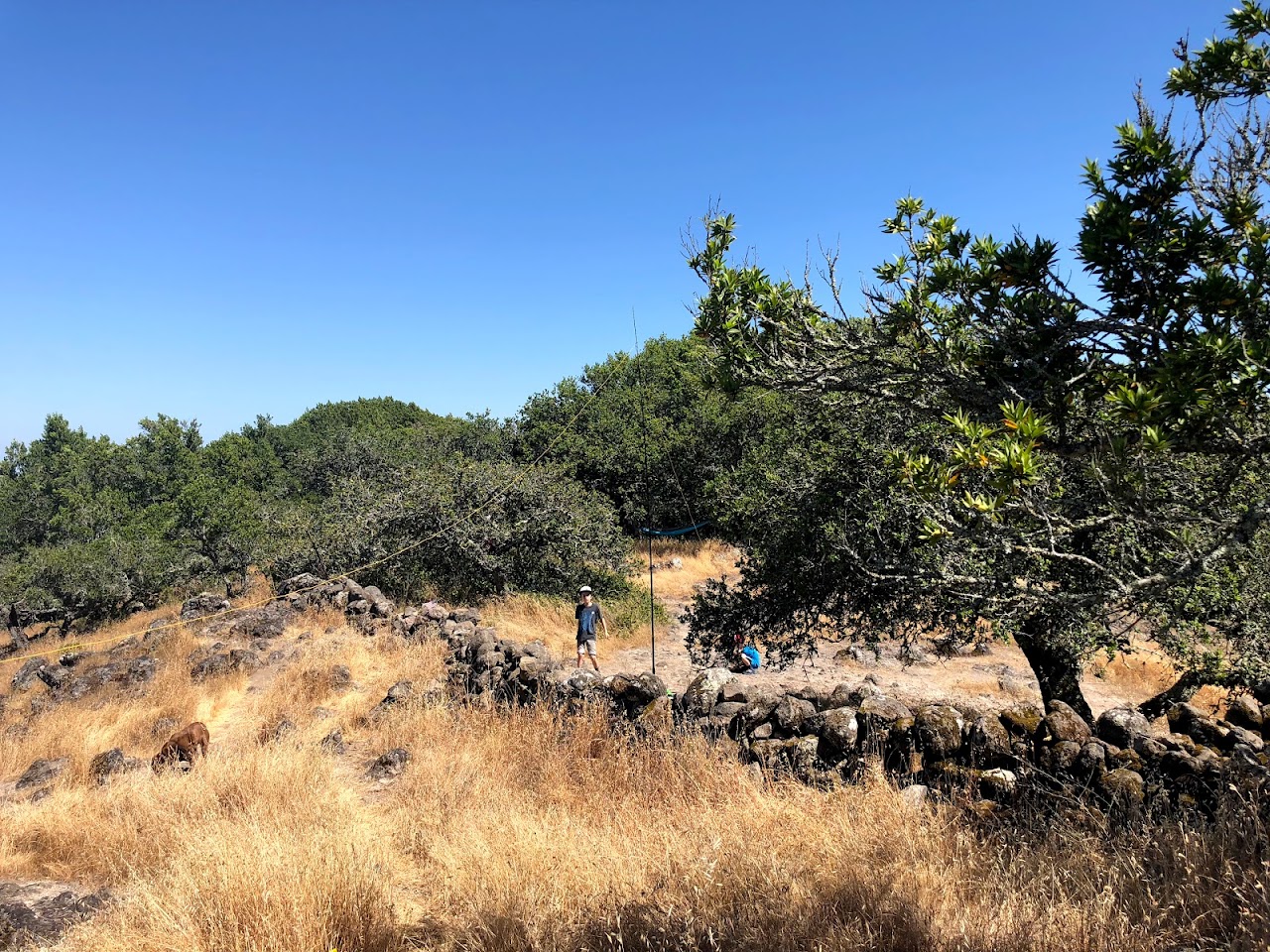 Antenna setup – operating position under the tree on the right 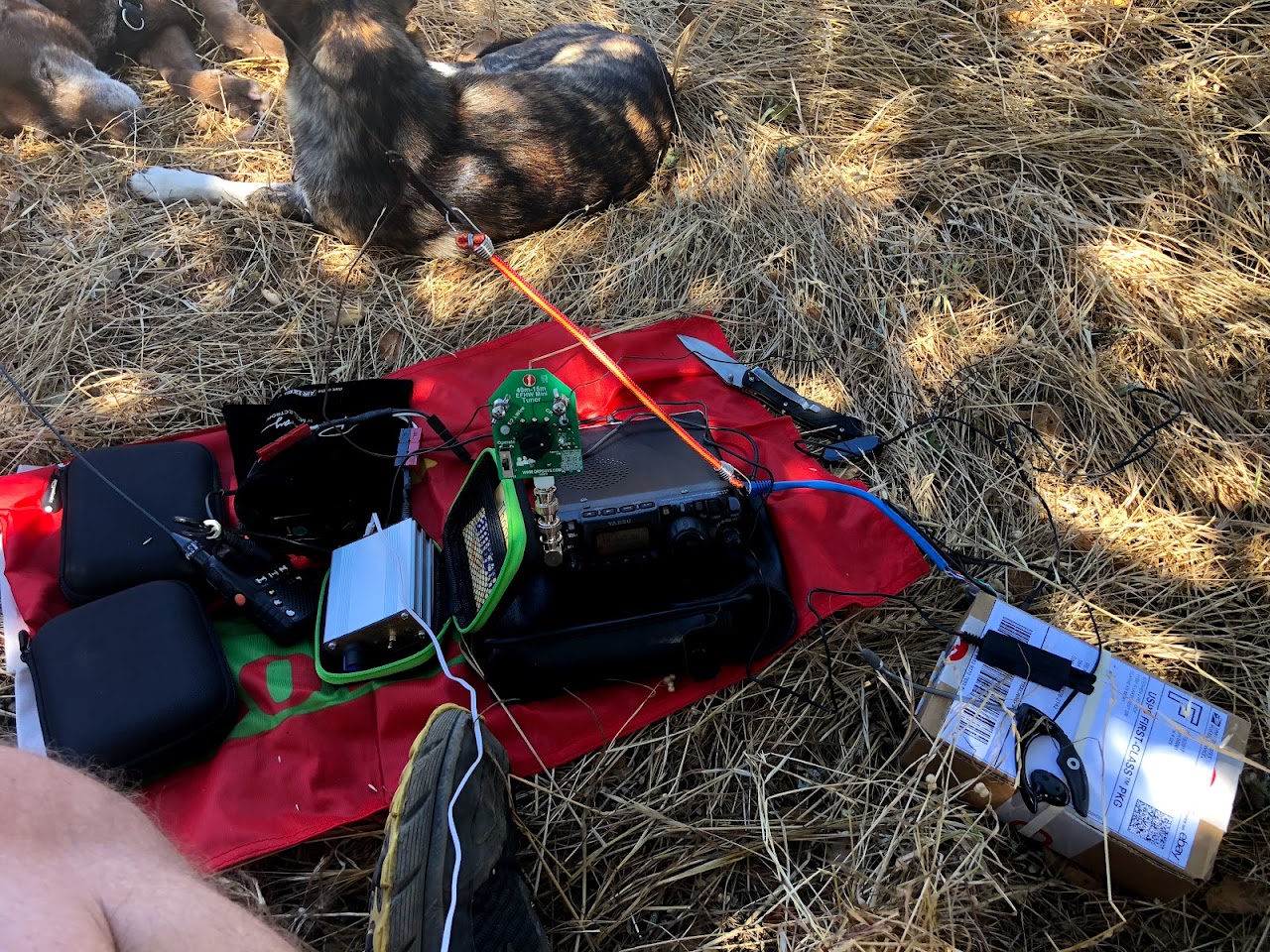 I had a good view of the hammock and surrounding area during the activation, which made it easy to keep an eye on my boys and the dogs. 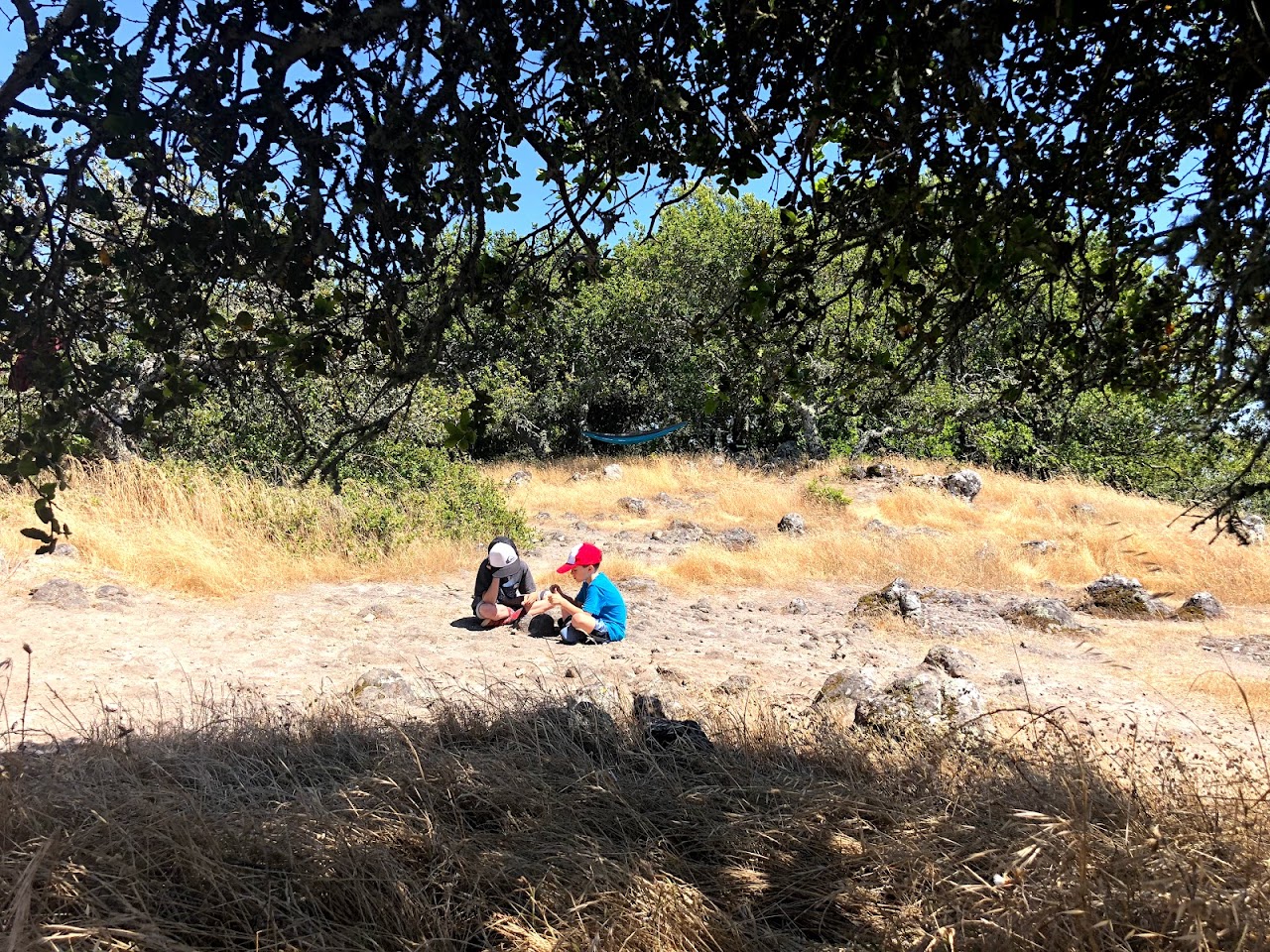 With the activation all done, I snapped some photos, including this one of all three of us. 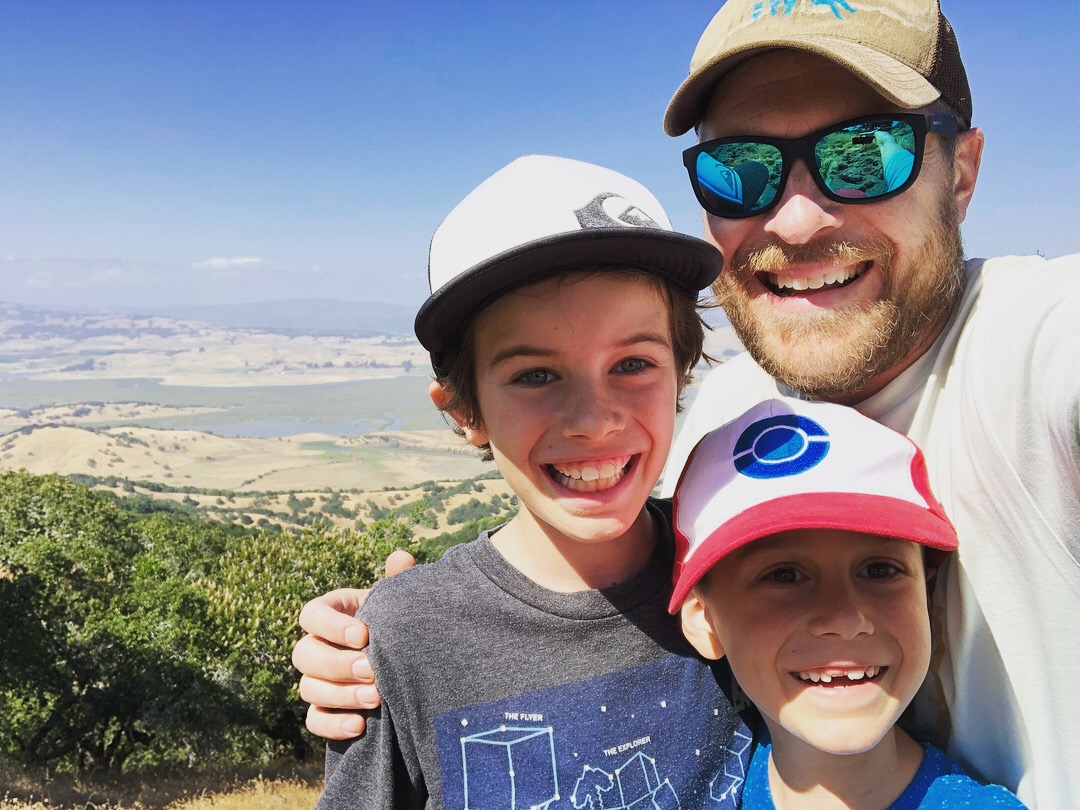 After I got all packed up, I figured I’d give 2 meters a try. I made one contact there as I was walking off the summit. Right after that, I noticed my older dog, Tashi, wasn’t doing so well. I actually ended up having to carry her most of the way back down to the car.  She ended up being fine, but I think she might be getting too old for summits (at least in the warmer months).